In late November, Reuters reported Eric Schmidt, executive chairman of Google Inc, as forecasting that the rise of social media in China will lead to liberalization. “You won’t be able to stop it”, he stated, “even if you don’t like it.” In another November report, Reuters quoted Tim Berners-Lee, inventor of the World Wide Web, as saying that Beijing will ultimately free up China’s internet for economic reasons. “The Berlin Wall tumbled down, the great firewall of China – I don’t think it will tumble down, I think it will be released.”

In the early 1980s, it was Deng Xiaoping’s policies of ‘reform and opening up’ that had prompted foreign commentators to predict that China’s days as an authoritarian state were numbered. Liberal thinkers jumped quickly to the conclusion that China’s experimentation with capitalism in designated zones on its coastal peripheries would lead inevitably to democratization.

That was 30 years ago. Since then, radical economic liberalization has been wrought across China, resulting in historically unprecedented economic and social transformation. But despite the predictions, these winds of change have carried with them not the slightest hint of political liberalization.

It would appear that Schmidt and Berners-Lee see the internet as the missing ingredient. Available evidence would suggest otherwise.

Eric Schmidt should have a greater appreciation of this than most. In 2010, Google relocated its Chinese search engine business from mainland China to Hong Kong following a two-month standoff over censorship and cyber attacks. Operating out of China’s Special Administrative Region of Hong Kong, put Google beyond the reach of mainland law, allowing the company to cease practicing self-censorship. Hailed at the time as an exercise in standing up for internet freedoms, the move angered Beijing, although China’s great firewall content blacking system continued to censor searches containing politically sensitive keywords. 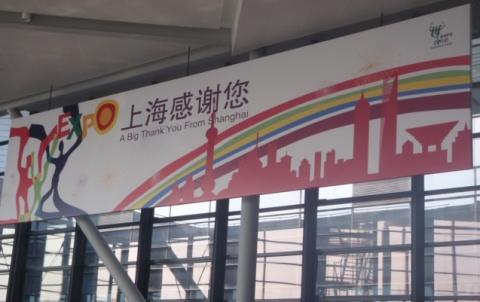 Google’s track record of standing up to Beijing, however, took a beating in December 2012 when Greatfire.org discovered that the company had quietly removed a feature that notified Chinese Google users each time a keyword they were searching for had triggered the great firewall. It signaled a return to self-censorship, amid speculation Google was looking for new footholds into the China market.

Unlike Google, Facebook and Twitter are blocked in China. When the much-hyped Shanghai Pilot Free Trade Zone was inaugurated in September, however, rumors abounded that Facebook would be made available to those living and working within the FTZ. The rumors were firmly quashed by officials. As it turns out, Facebook remains absent from the FTZ (foreign investment in internet cafes and news organizations is also banned), but the episode does constitute a telling case study.

Previously, controversy had erupted during Beijing’s hosting of the 2008 Olympics when authorities reneged on a pledge to provide foreign journalists covering the Games with unrestricted internet access. Correspondents found that their access to such sites as Amnesty International and those related to politically sensitive topics had been blocked, prompting concerns for the free reporting of the Games. Ultimately, the pledge was partially honored when a number of ordinarily blocked sites became available to journalists within the Olympic media center. But beyond the confines of the Games, the usual restrictions remained.

The Shanghai FTZ and Beijing Olympics examples – and even Google’s Hong Kong example – reflect key features of how Beijing uses physical space to experiment with liberalization. Spaces on China’s geopolitical and ideational peripheries, such as SARs, SEZs, FTZs and the various temporary venues used for international events, are sites where the state tinkers with certain control levers… but the tinkering is only ever slight, always risk-managed and never without purpose.

Even if Facebook and Twitter were allowed into mainland China, they would find overwhelmingly stiff competition from homegrown social networking and microblogging providers, such as Renren and Sina Weibo. These services operate within a domestic environment heavily regulated, censored and monitored by government, and where they are encouraged to play an exemplary role in “developing healthy trends, pooling positive energy and contributing to the Chinese dream”. As China’s recent internet ‘anti-rumor’ crackdown demonstrates, individual bloggers have also become the targets of state control. Such control is, as authorities point out, China’s sovereign right.

A June 2013 report from the 3rd UN Group of Government Experts on Developments in the Field of Information and Telecommunications in the Context of International Security affirmed that state sovereignty and the UN Charter in particular applies to cyberspace. This would have come as good news to Beijing. Indeed, Adam Segal notes that Lu Wei, Minister of China’s State Internet Information Office, speaking to the recent Second China-South Korea Internet Roundtable, made reference to the UN Charter. Stated Lu, “Just as the 17th century saw the extension of national sovereignty over parts of the sea, and the 20th over airspace, national sovereignty is now being extended to cyberspace.” Cyberspace, he said, cannot live without sovereignty.

As I wrote in Part One of this post, respect for and protection of national sovereignty has long been a cornerstone of Chinese foreign policy, and it defines how Beijing conducts itself within the international system. Looking ahead, expect Beijing to increasingly assert sovereignty over its cyberspace and to manage its slice of the internet in ways that take their cue from how China manages its terrestrial space.

The internet will not be the force for liberalization in China that Schmidt and Berners-Lee think it might or ought to be. There will, however, be room for liberalization… but only in a peripheral, risk-managed and highly controlled fashion.

Note: This post is Part Two of a two-part piece, the first of which was posted on 02 December.

Online Reputation Management for Governments: in the national interest or out of the dictator’s playbook?