The Geneva Internet Platform (GIP) hosted a luncheon seminar entitled ´From the Telegraph to Twitter: Is There a Lesson for the Internet Era from the Telegraph and the Outbreak of the First World War?´, in partnership with the Austrian and the Serbian Permanent Missions to the UN.

Like the Internet today, the telegraph played a vital role in shaping geopolitics between these two major events. While the telegraph enabled faster communication among capitals, it also created confusion and misunderstanding.

Some authors, such as Stephen Kern, argue that ‘telegraph confusion’ contributed to the July Crisis and the outbreak of World War I in 1914: ‘This telegraphic exchange at the highest level dramatised the spectacular failure of diplomacy, to which telegraphy contributed with crossed messages, delays, sudden surprises, and unpredictable timing.’

One of a few lessons that we have learned from the telegraph and the events of 1914, is that speed and immediacy do not always provide positive results.

Photo gallery of the event

Webcast of the event: 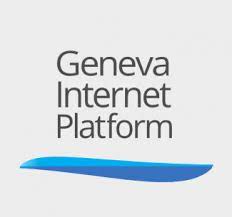 [Webinar] The fight for Net Neutrality

Asia in the Eyes of Europe, Europe in the eyes of Asia
Scroll to top