You are here: Home1 / Public diplomacy lecture at the Serbian MFA

As part of the Strengthening transparency in the Ministry of Foreign Affairs through improving strategic communications with Serbian citizens training programme, DiploFoundation will deliver a lecture on Public Diplomacy for the Serbian MFA on 2 March.

The lecture will focus on various aspects of public diplomacy that are of relevance to Ministries of Foreign Affairs in general, with special focus on the needs of the Serbian MFA. Topics that will be addressed include, among others, new possibilities offered by digital diplomacy and social media, evolution of diplomatic practice in the digital era, exchange of experience in public diplomacy practice, and transfer of knowledge and experience from senior to junior diplomats.

Ambassador Kishan S. Rana is Professor Emeritus, and a Senior Fellow at DiploFoundation. He was awarded a BA (Hon) and MA in economics, St Stephens College Delhi. He was in the Indian Foreign Service (1960-95); and worked in China (1963-65, 1970-72). He was Ambassador and High Commissioner for Algeria, Czechoslovakia, Kenya, Mauritius, and Germany; and consul general in San Francisco. He served as a joint secretary on the staff of PM Indira Gandhi (1981-82). 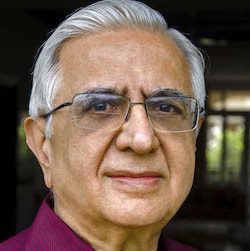