You are here: Home1 / Global Conference on Cyberspace 2015 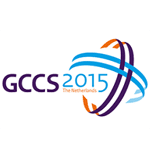 The Netherlands will host the fourth international Cyberspace Conference – the Global Conference on Cyberspace 2015 (GCCS2015) – on 16-17 April. Following the conferences held in London (2011), Budapest (2012) and Seoul (2013), and taking place almost exactly one year after NETmundial, GCCS2015 is ideally positioned to take stock of the progress made on the implementation of the Roadmap.

[New] 'Switzerland supports a series of capacity-building initiatives in the cyber domain… Let me also draw your attention to the Geneva Internet Platform that we launched last year to make the broad cyber expertise in Geneva – one of the world capitals of digital policy – more globally available and strengthen the participation of small and developing countries in the digital policy debates,' Swiss Federal Federal Councillor Didier Burkhalter said during the conference opening. Read the full statement.
[New] What are the terms of the social contract that governs the behaviour of citizens, corporations, and governments in cyberspace, and how do we find the right balance between freedom, security, and economic growth in relation to cyberspace? Read the report from the opening session.
[New] Send your cybersecurity message using one of Diplo's new cybersecurity postcards, adding #GCCS2015. The conference is a good opportunity to share our cybersecurity messages and concerns.
[New] A gathering of Diplo alumni took place at The Hague. Present were also Diplo director and GIP head Dr Jovan Kurbalija, Diplo Cybersecurity director Vladimir Radunovic, and IG Programmes Coordinator Dr Stephanie Borg Psaila. Photos will be available soon!

Operationalising the Seoul Framework, the conference aims at exchanging knowledge and ideas on strategic cyberspace issues and developing concrete solutions to urgent problems. All relevant stakeholder groups from across the globe, including government, industry and civil society groups will participate in the conference. This multi-stakeholders approach is also mirrored by the conference’s focus on public-private cooperation in relation to internet governance.

Cybersecurity is a growing challenge that requires not only a national, but also an international response. By hosting this conference, the Netherlands will be taking the lead in a field that affects everyone every day, both privately and in the workplace. It offers the Netherlands a great opportunity to present the Dutch vision of a digital world that centers around the intersection of freedom, safety and social and economic growth.

For further information about the Global Conference on Cyberspace 2015 (GCCS2015), visit the conference website.

Government of the Netherlands