You are here: Home1 / ‘Yes, we scan’: Internet politics, placebos, antibiotics, and homeopat... 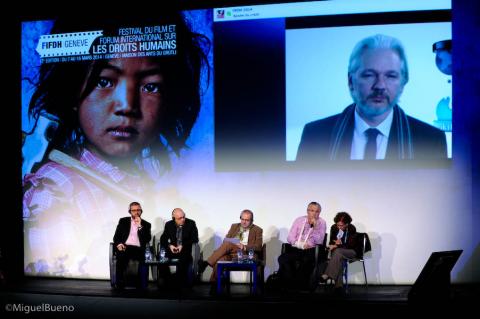 Jovan argued that post-Snowden digital politics deals mainly with symptoms of cyber surveillance, while the diagnosis of the problem is much deeper. Snowden’s revelations are not just abuse that could be rectified legally or rectified with political action. The practice of online surveillance is more deeply ingrained in the way in which the modern economy functions. The Internet’s business model is based on digital surveillance for economic purposes. Google and Facebook earn money by selling information about our behavioral patterns (not necessarily individually, but as part of social groups) to advertisers .Thus, the fixing of the post-Snowden world will be a much more complex exercise than it looks at first glance. As a matter of fact, it may require a new social contract in which each of us will have to revisit our habits and priorities. The Internet industry is a great enabler in many respects (for me, Google Translate makes a huge difference to my world). Is each of us ready to accept a deal in which we will offer our privacy in exchange for convenience? Are we in a fair position to ‘negotiate’ this deal with the Internet industry? There are many open questions and very few simple answers.

Medically speaking, Jovan argued, so far we have a placebo for dealing with the post-Snowden world (statements, reviews, commissions, etc.). Many are buying time not only because of laziness or manipulation but also because of their lack of understanding of how to deal with the problem. This is not necessarily bad. Taking antibioticis, as is sometimes advised, can have many counterindications. For example, a frontal regulatory attack on the Internet industry may suffocate creativity and, ultimately, deprive us of the many benefits we stand to gain. Jovan argued for a homeopathic solution, which would recreate a new balance. Steps like more transparency, checks and balances, the protection of public interests through regulations when they are needed are probably the smart way to heal the patient without killing them. As with a good homeopathic therapy, the key is finding the right balance.