You are here: Home1 / Webinar Digest: Net neutrality in Europe – The BEREC guidelines and...

Webinar Digest: Net neutrality in Europe – The BEREC guidelines and beyond

In August this year, almost nine months after the adoption of the EU legal rules on network neutrality (Regulation (EU) 2015/2120), the Body of European Regulators for Electronic Communications (BEREC) published a set of Guidelines on the implementation of these rules by national regulatory authorities (NRAs). The guidelines were received with enthusiasm by civil society groups, and with a degree of reticence by telecom companies. What are the main provisions of the guidelines? Have they found a balance between the various sides in the net neutrality debate? How are they going to be implemented? What impact would they have in Europe, for both end-users and operators? These are some of the questions addressed during the webinar on Net neutrality in Europe: The BEREC guidelines and beyond, on 6 October.

In the first part of the webinar, Mr Frode Sørensen, Senior Adviser at Norwegian Communications Authority and Co-chair of the BEREC Net Neutrality Expert Working Group, provided an overview of net neutrality, as a principle, and the current regulatory framework in the EU. He explained that net neutrality is related to the network layer of the Internet – the one that ensures the connection between devices; at the core of the net neutrality principle is the idea that the transmission of information over the network needs to be neutral. Across Europe, there have been different approaches towards network neutrality. Norway, for example, adopted a soft-law approach, through its net neutrality guidelines, jointly developed in 2009 by the telecom regulator, private actors, and consumers groups. Other countries, such as the Netherlands and Slovenia, have taken a hard law approach, by enshrining the net neutrality principle in national legislation.

At the EU level, the 2009 regulatory framework for electronic communications did not contain specific provisions on net neutrality, but there was an implied objective to promote this principle. A transparency obligation was imposed on telecom operators, with regard to the traffic management and commercial practices they employed. However, it turned out that a significant number of end-users were affected by traffic management practices which blocked or slowed-down specific applications or services, and this has determined the EU to adopt specific net neutrality rules in 2015. In general terms, these rules are intended to safeguard equal and non-discriminatory treatment of traffic, and promote the ability of end-users to access and distribute information or run applications and services of their choice. In order to assist NRAs in implementing the rules, BEREC adopted the set of guidelines.

Mr Sørensen then moved on to explain aspects related to zero-rating practices and specialised services. Zero-rating practices are neither prohibited nor accepted per se by the EU regulation (and, implicitly, the guidelines). While some practices could be in full compliance with the net neutrality rules, others will clearly infringe. The BEREC guidelines give examples of such infringing practices (e.g. when all applications are blocked except for the zero-rated ones, as soon as the data cap is reached).  In order to assess other practices that may be less clear, BEREC suggested a set of criteria to be considered by NRAs, such as the market position of ISPs, the effect on end-users’ rights, scale of the practice, and availability of alternative offers.

The regulation also contains rules regarding traffic management of Internet access services.  Operators are allowed to use reasonable traffic management, e.g. in order to ensure quality of service.But they have a clear obligation not to block, slow down, etc. specific traffic, expect for three clearly delimited situations: compliance with other laws, preservation of integrity or security, and congestion management measures.  One important aspect is that the regulation only applies to what happens at the network level; terminal equipment-based restriction put in place by end-users are not targeted by the rules.

Specialised services are not defined in the Regulation, but the BEREC guidelines provide examples of such services: Voice over LTE (high-quality voice calling on mobile networks), linear broadcasting IPTV services, real-time remote health services, etc. In order to be in line with the net neutrality principle, specialised services must meet certain criteria: e.g they are necessary to meet requirements for a specific level of quality, there is sufficient capacity to provide them together with Internet services, they are not a substitute of Internets services.

During the second part the webinar, the discussion revolved around questions such as: Are the guidelines too prescriptive and imposing ex-ante obligations instead of taking an ex-post approach? To what extent (if any) are the guidelines limiting the operators’ ability to innovate and experiment at the core and on the edge of the network? How to best assess the actual impact of zero-rating services on end-users? And who should undertake such assessments? In issuing the guidelines, has BEREC found a balance between the interest of all parties, making them, if not equally happy, at least equally un-happy?

In his conclusions, Mr Sørensen explained that the Regulation sets out a series of net neutrality requirements that BEREC could not change when issuing the guidelines. While different stakeholders had different expectations from these guidelines, they could not go beyond the rules set at the EU political level. It remains to be seen how NRAs will implement both the regulation and the guidelines, especially when it comes to case-by-case assessments of practices such as zero-rating and specialised services.

The recording of the webinar and the presentation slides are available.

Tattoos – and decisions you may later regret 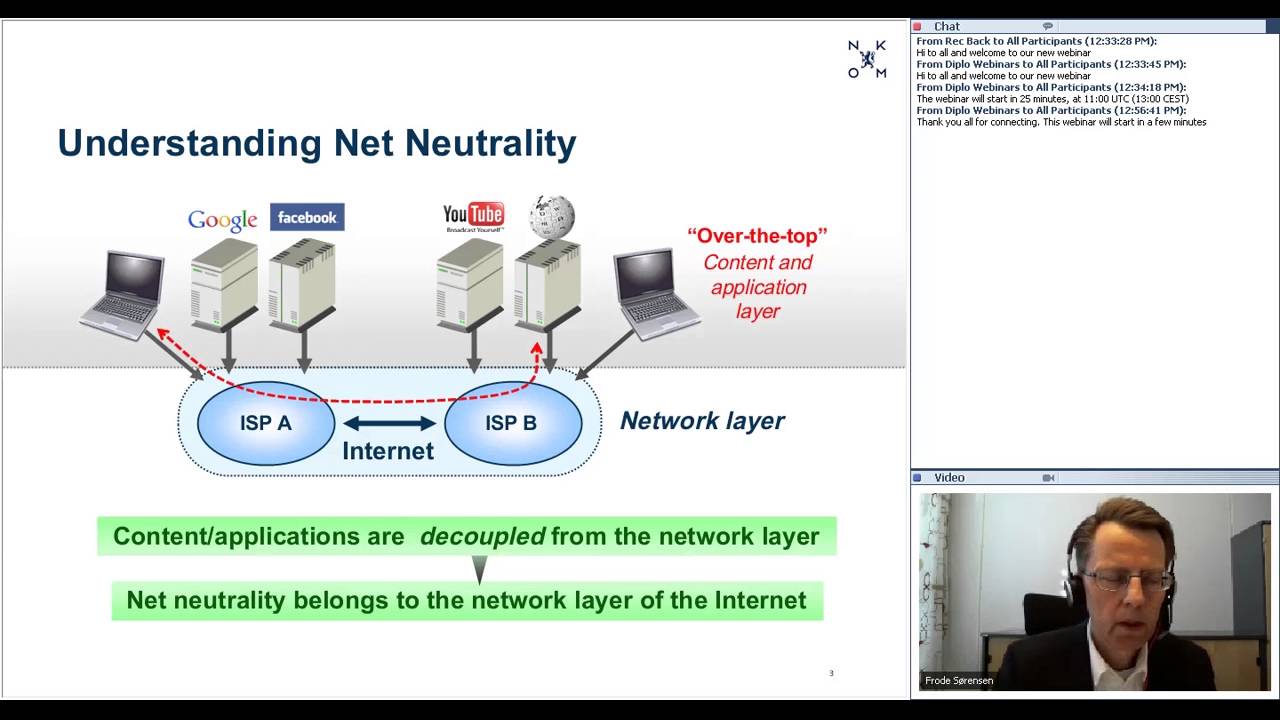 Internet and Development: A Reality-CheckKey skills for the next generation of diplomats
Scroll to top