You are here: Home1 / Negotiating with robots: Future or fiction?

If they existed, could AI robots have helped resolve  the USA-North Korean crisis? How long will it take for AI to be used in negotiations, or to alter diplomatic practice as we know it today?

Negotiations are one of the most human-intensive activities, requiring complex skills and knowledge. Will AI systems ever become complex enough to be entrusted with carrying out diplomatic negotiations? Will diplomats be replaced with AI algorithms, maybe embedded in human-looking robots? We will explore these and similar questions at the upcoming conference on The Future of Diplomacy, in Malta, on 17-18 November 2017). The conference will mark DiploFoundation’s 15th anniversary and 25 years of ongoing research in diplomacy and digitalisation.

At the end of this text, you can cast your vote: Do you think it unlikely, likely, or very likely that AI will replace humans in negotiations?

After conquering manufacturing facilities, robots and AI are moving to hospitals, legal offices, and consultancy firms. AI systems have become better at giving medical diagnoses than the doctors whose experience is used in the machine learning process.  Many argue that a lot of legal work will be automated. Accountants, court clerks, or desk officers at fiscal authorities are at the top of the list of jobs most likely to disappear, because of automation.

Hairdressers, on the other hand, are among the careers with the highest chance of survival, according to the World Bank’s 2016 World Development Report (see chart) and the Oxford University study The Future of Employment, which analysed the survival possibilities of 702 occupations. These and similar reports show that the jobs less likely to be replaced by automated systems are those that are either manual and/or require a higher level of creativity. Where does diplomacy fit? 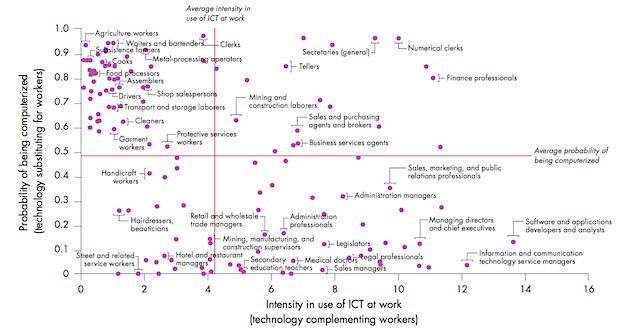 What are diplomats’ chances of surviving AI’s techno march?

History provides some hope for diplomacy. Diplomacy is one of the oldest professions, dating back to the moment when our ancient predecessors realised that it was better to hear the message than kill the messenger. Since then, diplomats have survived many end-isms triggered by the introduction of the telegraph, the telephone, and airplanes, for example. But advancements in the field of AI have accelerated discussions on the future relevance of diplomacy. Even fields with high cognitive requirements are continuously being conquered by AI. DeepBlue beat humans at Go, one of the most demanding strategic board games. Chess lost the battle a long time ago.

The make-or-break point for the future of diplomacy will be the development of AI involving emotions. According to the Economist’s coverage, current applications can already read body language and analyse facial expressions, which are skills good diplomats and negotiators must master. Google Translate, for example, employs neural networks to provide high-quality translations. But, it cannot read between the lines or identify and interpret diplomatic signals.  But there is much more remainsing for AI to conquer, and diplomats still have many advantages and intangible skills to protect their profession. 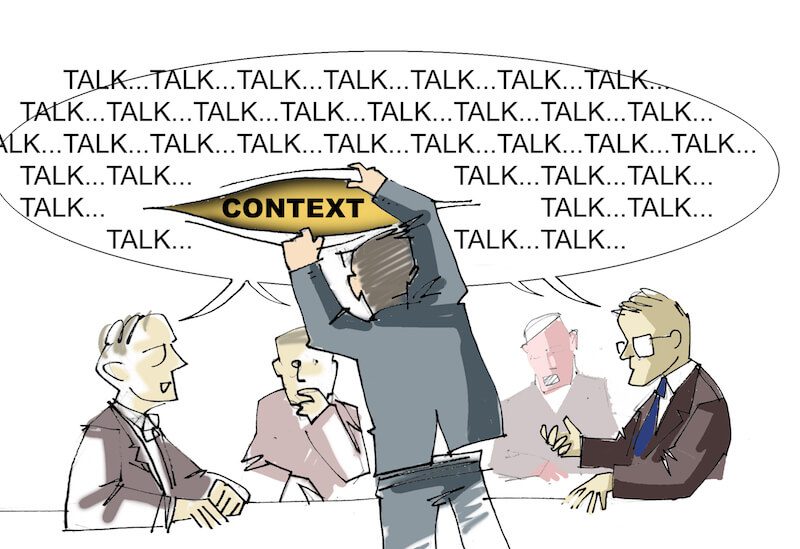 Whether there will be a battle between ‘classic diplomacy’ and ‘AI-based diplomacy’ will very much depend on a possible automation of human consciousness, empathy, and intentionality. The automation of humour would also be a sign that the diplomatic profession is in danger. In his text Who are Diplomats (2002), Yugoslav diplomat and Nobel Laureate Ivo Andrić provides a list of features of human diplomats, which could also be a ‘task list’ for anyone who will try to develop ‘robot diplomats’:

Will an AI system be developed that could embody all these features? It might sound like science fiction now, because the path from ‘narrow AI’ (systems able to perform only specific tasks, like translation or medical diagnoses) to ‘general AI’ (complex systems that can replicate humans’ intellectual capability) does not seem to be straight and clear at all.

As the following illustration shows, AI developers will face the considerable challenge of transforming the complexity of policy processes and diplomatic reality into the ‘straight line’ of AI algorithms. The more they succeed in straightening this line between A and B, the more likely it is that at least some diplomatic functions could be entrusted to AI systems. 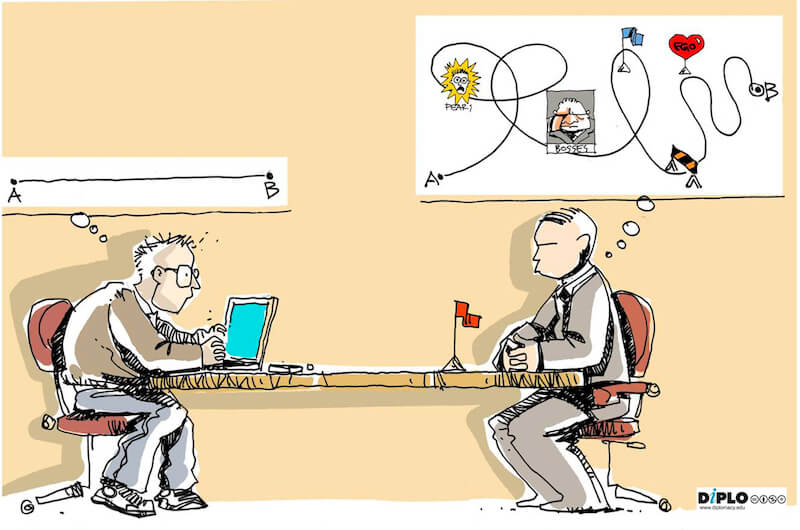 We would like to hear your reflections on AI and the future of diplomacy during the build up to and at the Malta conference on The Future of Diplomacy.

In the meantime, please let us know your view, and add your comments below.

Create your survey with SurveyMonkey

For detailed coverage of AI developments, visit the dedicated space on the GIP Digital observatory.

How will WikiLeaks impact public diplomacy?