You are here: Home1 / Meet the ‘anternet’

Deborah Gordon is a biologist at Standford who has spent the last 20 years studying ants. Each to their own, I say. She pooled her lot with computer scientist Balaji Prabhakar (also at Standford) and the pair have revealed a connection between how harvester ants behave as they search for food and Internet protocol.

Bjorn Carey, writing in the Standford News, explains how the pair discovered that the species of harvester ants ‘determine how many foragers to send out of the nest in much the same way that Internet protocols discover how much bandwidth is available for the transfer of data. The researchers are calling it the ‘anternet’.’

According to Prabhakar: ‘The algorithm the ants were using to discover how much food there is available is essentially the same as that used in the Transmission Control Protocol.’

SearchNetworking defines TCP as ‘a set of rules (protocol) used along with the Internet Protocol (IP) to send data in the form of message units between computers over the Internet. While IP takes care of handling the actual delivery of the data, TCP takes care of keeping track of the individual units of data (called packets) that a message is divided into for efficient routing through the Internet’. 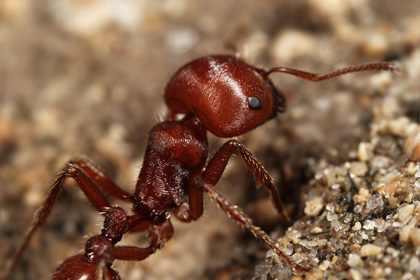 And, believe it or not, these harvester ants mirror this activity. ‘Gordon has found that the rate at which harvester ants – which forage for seeds as individuals – leave the nest to search for food corresponds to food availability. A forager won’t return to the nest until it finds food. If seeds are plentiful, foragers return faster, and more ants leave the nest to forage. If, however, ants begin returning empty handed, the search is slowed, and perhaps called off.’

The work is published in the Aug. 23 issue of PLoS Computational Biology.

The IANA stewardship transition: what is happening? (Part II)

eDiplomacy: influence in the Twitter age158 – The emergence of the regional concept: South East Asia
Scroll to top