You are here: Home1 / Keynote at the Mobile World Congress: Innovation for Inclusion

Keynote at the Mobile World Congress: Innovation for Inclusion

For those attendees who managed to get through the crazy traffic jams that turned the whole city upside down, another keynote session in Barcelona on emerging markets and innovation for inclusion took place this morning on Day 2 of the Mobile World Congress. 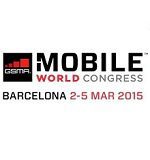 The speakers included Jimmy Wales, founder of Wikipedia; Ajay Banga, President and CEO of MasterCard; Simon Segars, CEO of ARM, a world-leading UK-based semiconductor IP company; Sanjay Kapoor, Chairman of Micromax Informatics, one of the leading consumer electronics company in India and the 10th largest mobile phone player in the world; Raja Teh Maimunah, MD and CEO of Hong Leong Islamic Bank, Berhad; and Mitchell Baker, Executive Chairwoman of the Mozilla Foundation, a non-profit organisation that promotes openness, innovation and participation on the Internet. The session was moderated by Erik Hersman, the founder of iHub, an innovation hub and hacker space for the technology community in Nairobi.

As the Congress brochure puts it: Mobile broadband and low cost smartphones and tablets are bringing the next billion people online and extending the benefits of the Internet and advanced communications services to an ever-greater share of the world’s population. In both developing and advanced economies, mobile [technology] is helping to bridge the digital divide by delivering essential services where they are most needed as well as providing access to other important online products and services. Beyond the handset, opportunities also exist for embedded technology and other connected devices to help address the needs of underserved communities in more efficient and impactful ways.

Jimmy Wales of Wikipedia, which now has around 120 000 million readers every month, stressed that his company has minimum marketing spend – being one of those who spends almost nothing on marketing. This is the value of the Internet and something extremely relevant for underserved communities. In developing markets, things are happening at a very high speed. Imagine that in Nigeria in 2000 only 0.1% of the country was online. A massive jump has occurred. The next billion people are coming online much faster than we thought and this is a very important social change. Consumer behaviour is worth noting also, as the top sites across Africa include Google, Facebook, Twitter, Wikipedia, and local newspapers… Africa is joining the global conversation. And it is in this context that we need to think about Internet users in these countries.

Not surprisingly, Jimmy Wales also stressed the importance of local languages, as Wikipedia is very passionate about supporting their use. He used allotted time to promote his new Wikipedia Zero project, which presents a win-win situation for telecommunication companies and for Wikipedia. People can access its services for free rather than the cost of data preventing millions of people from accessing Wikipedia. Playing on emotions, Wales urged telecommunication companies to offer free access to Wikipedia in developing countries.

MasterCard President Ajay Banga spoke in favour of more inclusion, focusing specifically on financial inclusion. So what does a company like MasterCard do for the developing world? Without financial inclusion, large parts of population are left behind. They are financially excluded. This is not only a developing market issue; even in the USA, large parts of the population are underbanked and Banga and his company are endeavouring  to revert this trend.

Sanjay Kapoor talked about apps for the target segment in developing countries and how we can embed services to deliver a brilliant experience and make the discovery of these apps easy for the target group. It is about access, devices, storage, analytics, and application of content. How do you make sure you design apps that work in these markets? Kapoor suggests combing an offline and online model, for instance.

Raja Teh Maimunah stressed that financial institutions are not very agile and are the last to accept the changes that are happening. She talked about challenges in the Asian region and also the differences between banking penetrations levels across the region, including the various degrees of development.

It is clear that when it comes to addressing the needs of underserved communities in more efficient and impactful ways, there is no shortage of innovative ideas.