You are here: Home1 / Internet governance in November 2019

For our November 2019 Internet governance (IG) briefing, we looked at digital policy updates from the month, including the 2019 Internet Governance Forum (IGF) which was underway during the briefing.

The IGF, held in Berlin from 25-29 November, was the most prominent event in November. DiploFoundation’s in-situ team shared updates from the trenches during the briefing. Day 0 had a packed schedule, and Germany, the host country, organised a number of high-level discussions aiming to bring decision-makers together.  Radunović pointed out that this included a special track for parliamentarians. Importantly, on Day 0 Germany also indicated that they will contribute EUR 1 million to the next three IGFs. The Opening Ceremony took place on Day 1 – which was accordingly lighter in the number of sessions – and was led by Prime Minister of Germany Angela Merkel and UN Secretary General Antonio Guterres. The session topics were diverse, with quite a few discussions on artificial intelligence (AI) and cybersecurity. One of the hottest topics in informal discussions was the sale of the .org registry, with many expressing concern that actors are under-reacting and that more pressure should be placed on the Internet Society (ISOC) and International Corporation for Assigned Names and Numbers (ICANN) to resolve the issue. Another issue that sparked discussions was the depletion of IPv4 addresses. 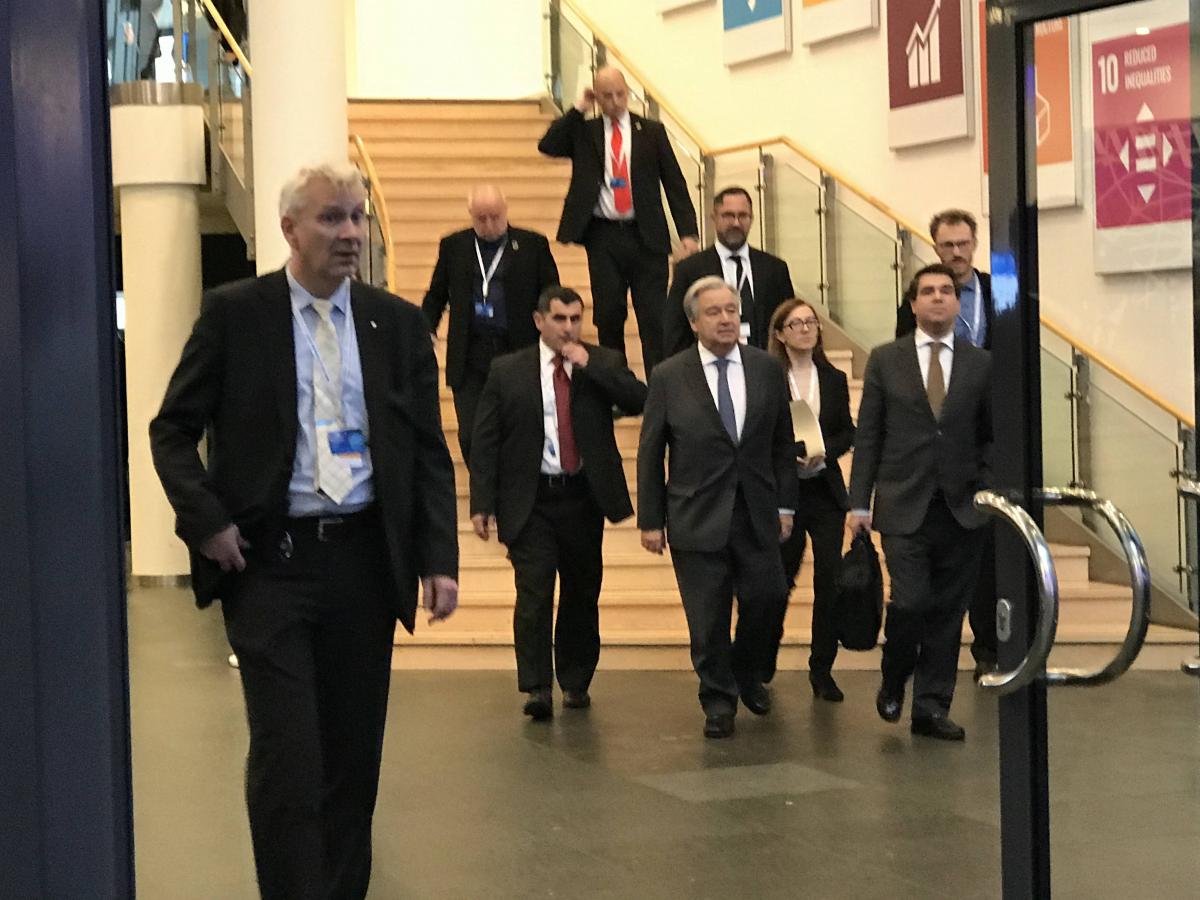 Maciel drew attention to the calls and initiatives that had been launched on Monday and Tuesday morning, which included the Just Net Coalition launched their ‘Digital Justice Manifesto’, and the Contract for the Web, launched by the World Wide Web Foundation. Discussions during the first two days prominently featured emerging technologies such as AI, the Internet of Things (IoT), and 5G. This included dialogue on ensuring the necessary infrastructure for their functioning, their future use for people’s benefit, and the security of these technologies. Economic-related sessions emphasised the importance of digitisation in the economic context. Legal interoperability – the alignment of regulations and frameworks, and the development of mechanisms for collaboration – was also on the agenda. Digital inclusion, the availability of content in local languages, and the preparation of the workforce to achieve digital skills were developmental aspects that were emphasised during the first two days of the IGF. The framework and architecture of global IG, the application of existing principles, and international co-operation were also considered. On the improvement of the IGF itself, many noted that the IGF should pursue further alignment with the needs of its community, give its stakeholders greater space for dialogue, and attempt to create more consensus and alignment around ideas, frameworks, regulations, and policy approaches.

An interesting discussion on the IGF+ model, which was proposed in the Final Report of the UN High-Level Panel on Digital Cooperation, was highlighted by Borg Psaila. She also noted that the host country made efforts to ensure inclusion, especially of youth, as it organised the Youth Summit which helped youth reach stakeholders with their ideas.

The Geneva Internet Platform (GIP) and DiploFoundation provided just-in-time reporting from the IGF 2019, in collaboration with the IGF 2019 host country and ISOC. Session reports, Daily Briefs, videos, and other updates are available.

On the topic of cybersecurity, Radunović highlighted that the UN Third Committee passed a resolution on countering the use of information and communications technology (ICT) for criminal purposes. This paves the way for a new cybercrime convention. Global Comission on the Stability of Cyberspace (GCSC) issued a report on cyberstability which recommended adopting norms, responding to violations of norms, capacity building, information-sharing, establishing communities of interest, and establishing an engagement mechanism to address cyberstability.

Maciel expounded on the sale of .org. ISOC sold .org, one of the biggest top-level domains (TLDs), and one that was traditionally seen as the home of non-governmental and civil society organisations to Ethos Capital, a private equity firm. This raised concerns that Ethos Capital will raise prices for .org. To this end,  Ethos Capital has assured the community that it will raise prices slowly (by 10%) and that it will establish a board to administer .org.It also committed to continue the activities that have been promoted under .org. There have been calls for ICANN to suspend the transaction – although whether ICANN has the authority to intervene remains controversial.

The new European Commission is starting its work on 1 December, multi-stakeholder informal consultations held by the Open-Ended Working Group (OEWG) from 2-4 December, and the First session of the sixth UN GGE from 9-13 December, were highlighted by Borg Psaila.

The next Internet governance briefing is on 28 January 2020. Registrations are open.

The GIP and DiploFoundation provided just-in-time reporting from the IGF 2019, in collaboration with the IGF 2019 host country and ISOC. Session reports, Daily Briefs, videos, and other updates are available. DiploFoundation also developed a mobile app which enabled following reports in real time, and which is downloadable on the App Store and Google Play. Borg Psaila also announced that the GIP and DiploFoundation will publish the Final Report from the IGF, as well as the November edition of the GIP Digital Watch Newsletter.

Dennis Foncham Doh provided updates from Africa which included the establisment of new Internet exchange point (IXP) in the Democratic Republic of Kongo, and advancements Zimbabwe’s Mobile Health project made in helping Zimbabweans living with HIV.

Wanda Perez provided updates from the Caribbean regarding the inaugural symposium on The State of the Caribbean Internet in St Kitts in December 2019, and a new submarine fibre-optic cable system in Monserrat.

Hanane Boujemi highlighted developments from the Middle East and North Africa, which inluded an Internet shutdown in Iran, and Egypt launching its first communications satelite into orbit.