You are here: Home1 / Internet governance in March 2019

Old concerns and new policy initiatives in the field of cybersecurity, Internet platforms on the radar again, and a renewed focus on the Internet economy were among the main digital policy developments in March 2019.

These and many other developments, trends, and regional updates were covered during March’s just-in-time briefing on Internet governance – our monthly appointment on the last Tuesday of every month – which took place on 26 March 2019. They were also summarised in the Internet Governance Barometer for March, and in Issue 38 of the Geneva Digital Watch newsletter.

Radunović highlighted some of the events held in March 2019, including ‘Principles for AI: Towards a Humanistic Approach?’, ICANN 64, the OECD Going Digital Summit – from which Geneva Internet Platform (GIP) Digital Watch Observatory’s rapporteurs did just-in-time reporting, and the Group of Governmental Experts on Lethal Autonomous Weapons Systems. 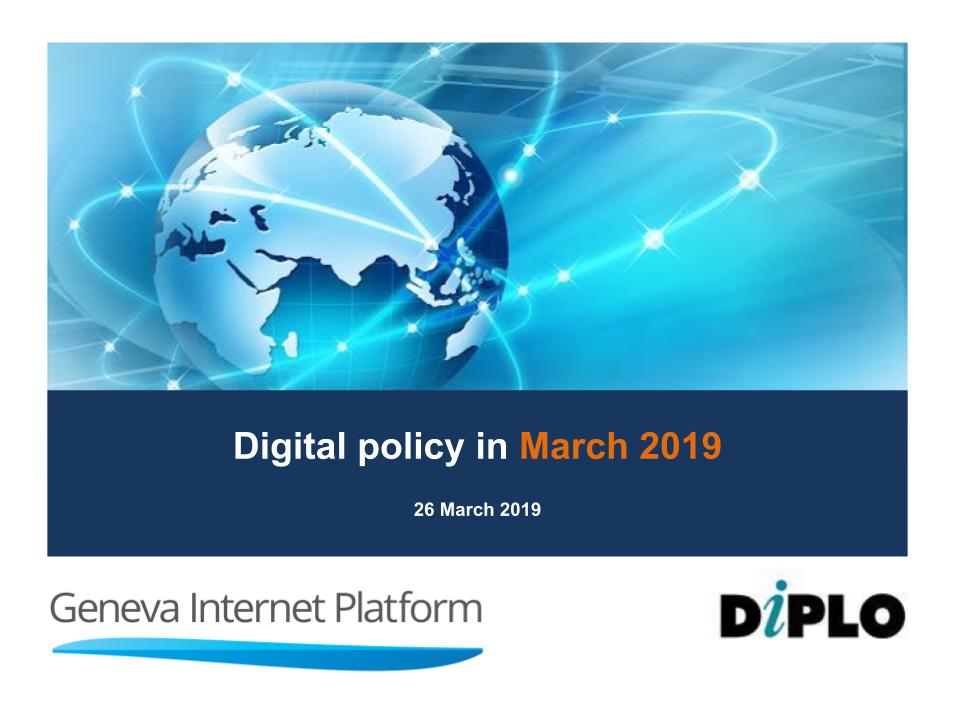 Next, Radunović enumerated the main digital policy updates in March:

Radunović and Macie gave an overview of top trends in digital policy in March:

The next Internet governance briefing is on 30 April. Registrations are open.

He went on to give an overview of the upcoming GIP and DiploFoundation activities which include: the publishing of the February & March edition of the Geneva Digital Watch newsletter; a session on ‘Cybersecurity and artificial intelligence: How to allocate liability between the stakeholders’ on 8 April at the WSIS Forum 2019, as well as booth presence at the WSIS Forum 2019.

The SS7 exploit and fruitfulness of fines against tech giants were among topics discussed during the interactive session of the briefing.

Updates from the Middle East and North Africa were provided by Hanane Boujemi. The ESCWA organised the Second Arab High-level Forum (AHLF) on WSIS and the 2030 Agenda for Sustainable Development. Dubai is the world’s top city for foreign direct investments in AI and robotics.

Jacob Odame-Baiden gave updates from Africa. Kenya, Uganda, and Tanzania have seen a significant growth in mobile content in Swahili. Microsoft has announced the opening of its first datacenters at two locations in Africa: Cape Town and Johannesburg, South Africa. Rwanda launched first-ever satellite to connect remote schools to the Internet. 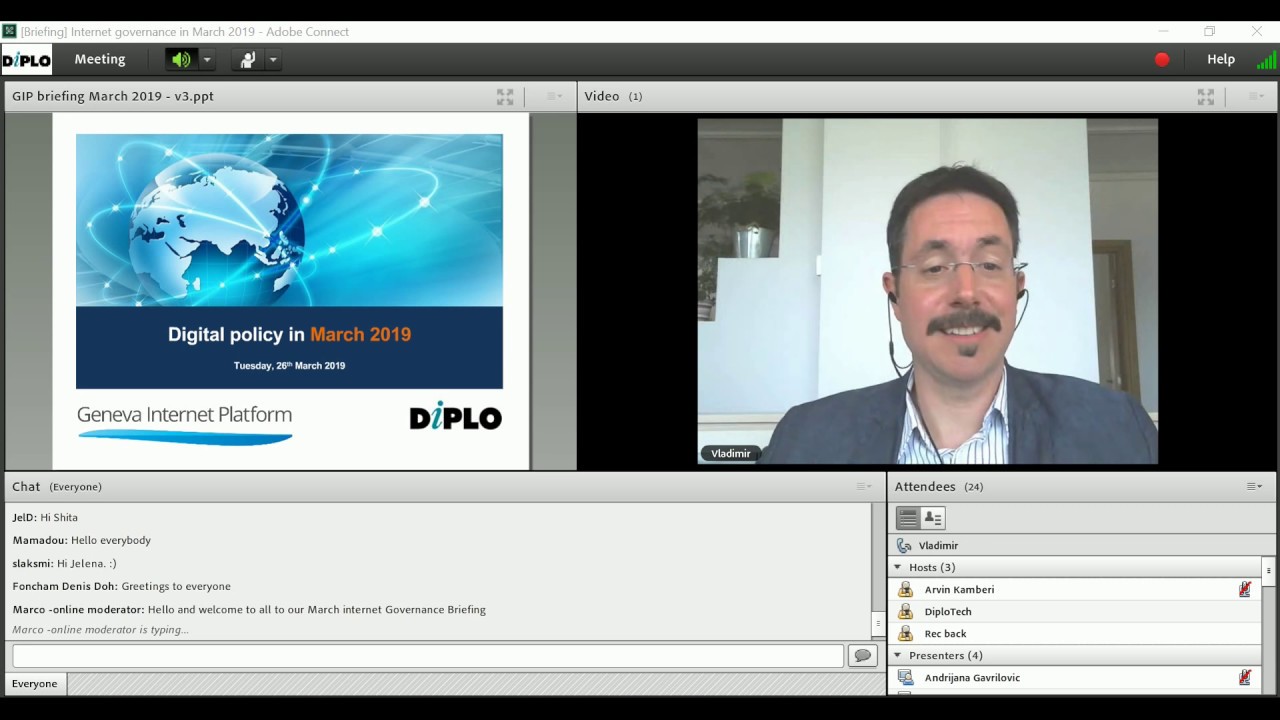 Discussing state behaviour in cyberspace: What should we expect?UNCTAD eCommerce Week 2019: An overview
Scroll to top