You are here: Home1 / ICANN’s new engagement strategy in the developing world

In the midst of updates and controversy surrounding the new gTLD Program, ICANN is working on a new engagement strategy that can foster closer regional involvement, better engagement with stakeholders – especially in developing countries – and a strengthened presence in different regions.

Last week, Dr Tarek Kamel, ICANN’s Senior Advisor to the President, described ICANN’s new strategy during Diplo’s March Internet governance webinar, which was attended by participants from Kenya, Brazil, Argentina, and other countries around the world.

The former Egyptian Minister of Communication and IT said the objective of ICANN’s new strategy, which started last fall, is to have a wider participation from the developing world in ICANN’s constituencies, including the GAC, GNSO and ccNSO.

The realisation that public meetings are not enough to engage people, despite being organised in different regions on a rotation basis, led the organisation to focus also on strengthening its presence in different regions. As part of this strategy, a new team has been tasked with engaging with the community, explaining ICANN’s mission, and explaining its multistakeholder and bottom-up approach.

Dr Kamel explained that the implementation of the strategy includes:

Dr Kamel responded to several questions from webinar participants, including: How do governments fit in the ICANN model? What are ICANN’s plans to engage with civil society and with those who are already involved within ICANN? Why should an Internet end-user, especially the use from a developing country, be interested in participating in ICANN? Will the new emphasis on outreach include improved remote participation and inclusion for meetings?

Listen to the live recording of the webinar, in which Dr Kamel discusses the questions posted by webinar participants at length, and explains ICANN’s new engagement strategy in the developing world in detail. 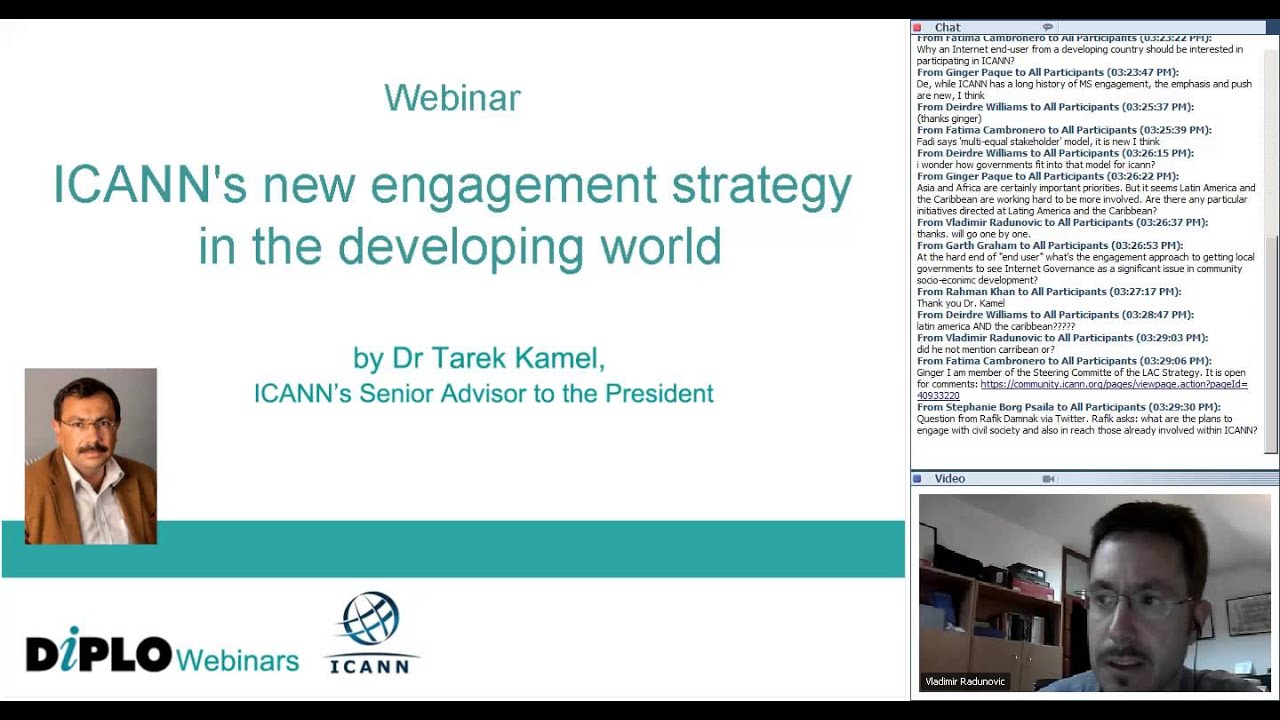 Metaphors for PersuasionClimate refugees: a new concept on the move
Scroll to top