You are here: Home1 / ICANN58: Regaining traction in policy development

The 58th meeting of the Internet Corporation for Assigned Names and Numbers (ICANN) took place from 11 to 16 March in Copenhagen, Denmark. Unlike previous meetings, which focused on the IANA stewardship transition and the strengthening of ICANN’s accountability, ICANN58 was marked by a re-focus on ICANN’s policy development processes. 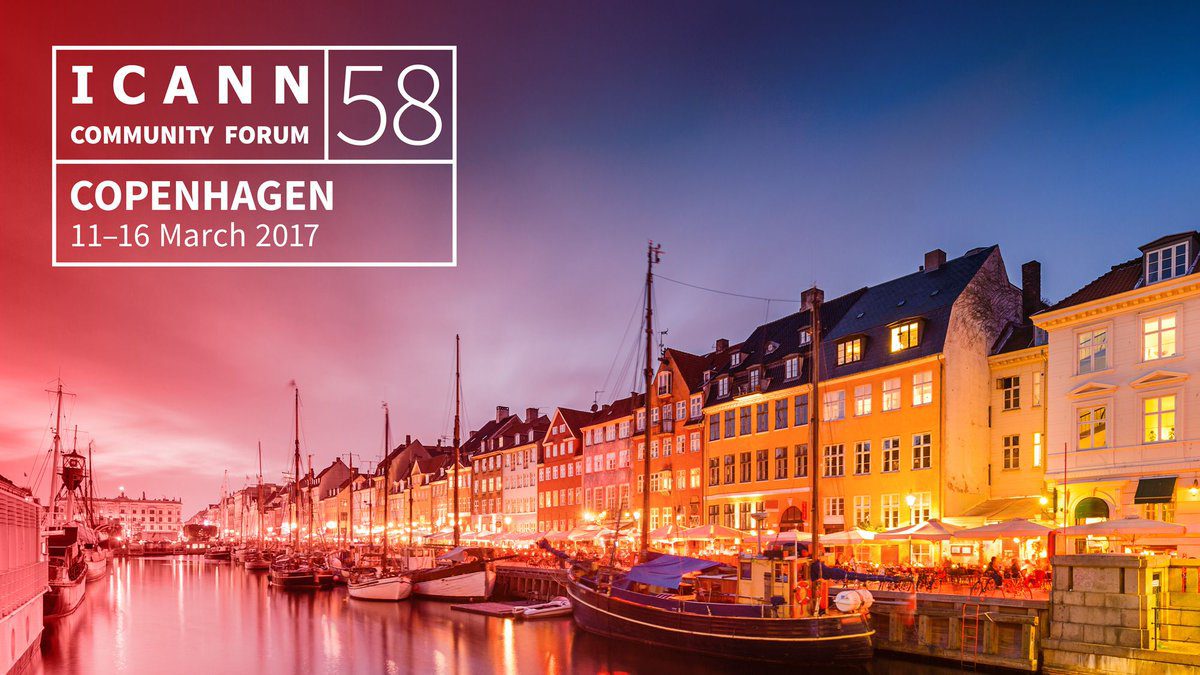 Discussions related to the transition still had a privileged space on the agenda, not only during the meeting of the Cross-Community Working Group on ICANN Accountability-Workstream 2, which took place on Friday, but also during other sessions. A recurrent topic of discussion were the responsibilities that ICANN’s recently adopted model of ‘empowered community’ entails, with regards to the need for the involvement of the community in operational aspects, such as the approval of the budget. The implementation of some of the changes introduced in the Bylaws will continue to be part of the agenda in meetings to come, as the community learns ‘by doing’ what it means to operate in a new post-transition context.

In spite of the ongoing work on accountability, ICANN58 was a policy-oriented meeting, from the advancements on the new gTLD-related processes to the launch of a coalition to turn ICANN into a data-driven organisation, that fosters evidence-based policy making.

The New gTLD Subsequent Procedures Working Group launched its latest questionnaire, seeking input from the community on issues ranging from contractual obligations to the support for new applicants, in order to formulate recommendations that will improve the next round of new gTLD applications. The work of the WG is supported by other new gTLD-related processes, which have also shown progress at ICANN58. The Competition, Consumer Trust and Consumer Choice  (CCT) Review Team presented its initial recommendations which are now open for public comment. In parallel, the working group dedicated to Review of All Rights Protection Mechanisms (RPMs) in all gTLDs, presented its first conclusions with the regards to the Post-Delegation Dispute-Resolution Policy (PDDRP), a mechanism through which trademark owners bring an action against DNS operators. In addition, the Cross-Community Working Group on new gTLD Auction Proceeds presented the status of their discussion about the mechanisms that should be put in place to disburse the resources accrued from the auctions that were put in place to resolve string contention during the first new gTLD application round.

Issues related to ICANN’s WHOIS policy – the database of information about domain name registrants – were also high on the agenda. This topic was discussed not only in sessions related to ICANN’s next-generation TLD Registration Directory Services (RDS), which will entail a comprehensive WHOIS policy reform, but also from the angle of privacy and human rights. The need to align ICANN’s policies with data protection legislation was stressed in a cross-community session co-organised by the Governmental Advisory Group (GAC), the Generic Names Supporting Organisation (GNSO) and facilitated by the Council of Europe. Data protection commissioners and the United Nations Special Rapporteur on the Right to Privacy were present, for the first time in an ICANN meeting, engaging in discussions with the community and the ICANN Board.

The changes that will be introduced by the European Union General Data Protection Regulation were also a matter of concern. The new regulation will likely affect the way that TLD registries and domain name registrars operate. The urgency to discuss the conflict between the contractual obligations imposed by ICANN on DNS operators and the European law was highlighted in the GNSO council meeting. Registries and registrars mentioned that their companies may need to take unilateral measures if a collective solution is not achieved. That could put the collection of data required by the WHOIS policy in check.

ICANN58 provided a platform for dialogue that facilitated the speeding-up of ICANN’s policy development processes on the months to come. This emphasis on policy issues will probably be accentuated at the next ICANN meeting, in Johannesburg. ICANN59 will follow the recently introduced model of a ‘policy forum’, in which working groups responsible for policy development are able to meet for a longer time and hold more focused and in depth discussions.

Read the reports of some of the key sessions that took place at ICANN58, produced by the curators of the Geneva Internet Platform’s Digital Watch observatory.

Visit also our page dedicated to the IANA transition and ICANN accountability.

Highlights of the WSIS forum 2015