You are here: Home1 / Bitcoin and other cryptocurrencies: technical, monetary, policy, and development...

Cryptocurrencies are set to take the online world by storm, as their popularity and use, and understanding of their advantages and limitations increases. Giant companies like Apple and PayPal have already indicated their plans to integrate cryptocurrencies as a payment method, and more are likely to follow, with Bitcoin emerging as one of the most popular electronic currencies. 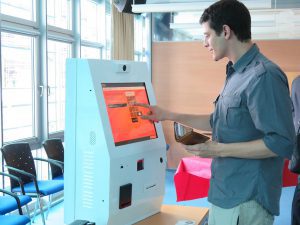 A Bitcoin machine on display during last week’s event

As with any new phenomenon that impacts users and their rights, a barrage of issues surrounds the use of cryptocurrencies, ranging from technical and infrastructural, to legal and economic. Last week’s discussion organised by DiploFoundation in collaboration with the Swiss Bitcoin Association, sought to break further ground in the discussion on Bitcoin and cryptocurrencies, starting from the basics, and covering the main issues arising from their use.

The discussion, organised within the framework of the Geneva Internet Platform, comes in the midst of a bigger debate on trust. Diplo director Dr Jovan Kurbalija, who moderated the discussion, said that trust – including how to build and maintain trust – was one of the biggest issues.

The trust issue, in fact, has been further exacerbated right after the revelations of surveillance programmes, and has continued throughout the current post-Snowden phase.

Mathieu Buffenoir from the Swiss Bitcoin Association explained that bitcoin was the first protocol to allow the transfer of values – and not just information – over the Bitcoin network. The unit transferred over this network is called the ‘bitcoin’.

Bitcoin is an open source solution run on a peer-to-peer network, so no one ‘owns’ it. Transactions are recorded on a public ledger distributed over the network. That ledger is called the ‘blockchain’, and all the peers in the network work towards its ‘protection’. It is constantly being tested and verified by the community to ensure that all transactions are in order. Peers contribute computer processor power in exchange for bitcoins. This ‘protection of the ledger’ process is called ‘mining’.

How else can a user obtain bitcoins? Similar to the offline economy, a user can sell goods or services in exchange for bitcoins, and can exchange fiat money (money which is not backed by a physical commodity) for bitcoins.

A user needs a pair of keys (a public key to receive funds, and a private key to transfer funds), which are included in a ‘wallet’ application. A wallet is unlike a bank account; it’s more like one’s own bank, out of which one can assign unlimited number of  accounts or ‘addresses’ to send /receive digital currencies. It is useful in tracking incomes. All accounts are maintained for free, while transaction fees are significantly small.

Alexis Roussel from the Swiss Bitcoin Association explained some of the challenges involved. Can we acknowledge that Bitcoin is a currency? If Bitcoin is indeed equated with currency, most of the current laws can be easily applied to bitcoins, resolving many of the legal challenges. Another issue, she said, relates to privacy and digital identities.

Through cryptocurrencies, we are already witnessing a mutation of the financial world which is being transformed into a completely transparent system. At the same time, he said, the added transparency will bring many opportunities. For example, fighting corruption becomes less of a challenge when transactions are transparent.

Chiara von Gulten from the commercial think-tank Z/Yen explained that there are nearly 13 million bitcoins in circulation, with bitcoin being one of at least 50 identifiable cryptocurrencies.

Based on John Ratcliff’s work, there are almost 1500 unique public key addresses with a substantial bitcoin balance of over 1000 bitcoins. The equivalent price in US dollars has fluctuated substantially, reaching a high of almost $1300 last year, down to $600 at the moment.

Due to its high price volatility, businesses are unwilling to take the risk. There is currently a lack of consumer and user protection, which can hinder bitcoin’s growth.

Ms von Gulten feels that blockchain technology can be introduced in other areas, such as ship or aircraft registries, trade reporting, and insurance. After all, it has the biggest potential as a medium of exchange.

From a development perspective, William Taborda from UNCTAD discussed cryptocurrencies’ potential as enablers of development.

Although cryptocurrencies have huge potential, the world is not yet ready for them. Volatility, security, and the lack of a legal framework are among the top reasons for this. In addition, users still do not know the rules of the game; some of the information is inaccurate, and surrounded by bad press.

However, there are many solutions, including cybersecurity education – which users need anyway – clear legislation, insurance, and consumer protection.

Yet once the problems are tackled, how do we move towards the mindset of using cryptocurrencies for development? Mr Taborda says we have to understand cryptocurrencies, the risks and how to mitigate them, and how to use the products associated with electronic currencies. A change in mindset would also involve identifying the advantages and potentials, which are several, including the possibility of allowing users establish the rules of the game due to the open source nature of cryptocurrencies.

Where can Bitcoin be used? People are already contributing bitcoins to Open Science, a crowdfunding project to fund scientific research. It can also be used as a second national currency, for e-voting, and to make remittances, to take a few examples. The bottom line, he said, is that since cryptocurrencies are here to stay, we need to take advantage of how to make positive use of it.

Listen to a live recording of the discussion: 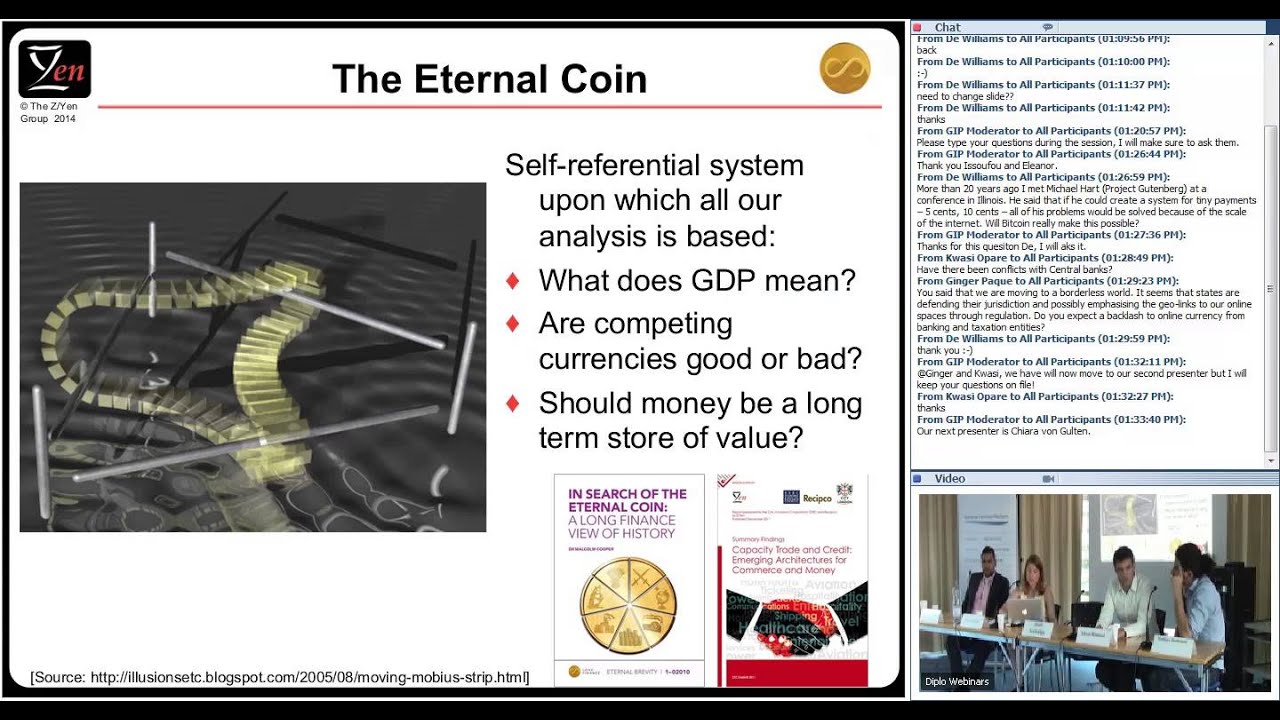 Online trust: between competences and intentionsThe International Court of Justice’s advisory opinion on Kosovo: Does it have...
Scroll to top