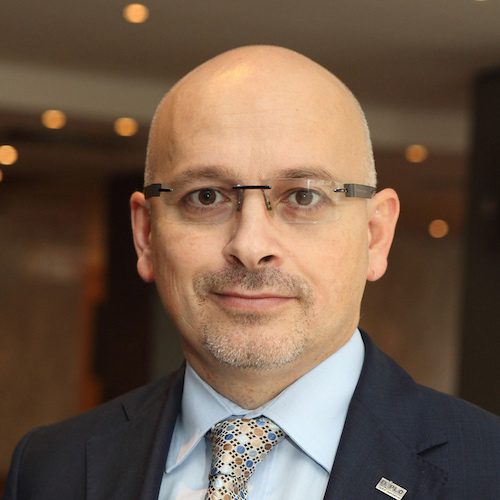 DiploFoundation is proud to announce the appointment of Prof. Jovan Kurbalija to a High-Level Panel on Digital Cooperation, established by United Nations Secretary-General, António Guterres, on 12 July 2018.

Announcing the Panel, Secretary-General Guterres said that ‘The scale, spread and speed of change made possible by digital technologies is unprecedented, but the current means and levels of international co-operation are unequal to the challenge.’

The Panel will therefore make recommendations on how to strengthen international co-operation in the digital age, with the ultimate aim of realising the transformational potential of digital technologies, while safeguarding against risks and unintended consequences.

The Panel will be composed of 20 members, in addition to two ex officio members, representing a cross-section of expertise from government, private industry, civil society, academia and the technical community. In carrying out its work, the panel will undertake a wide range of public consultations, including two public events and an open process inviting global inputs, starting in September. It will be supported by a Secretariat based in New York and Geneva. The Panel is expected to submit its final report to the Secretary-General within 9 months.

Prof. Kurbalija, director of DiploFoundation, and head of the Geneva Internet Platform, will serve as an ex officio member of the High-Level Panel, and co-executive director of the Panel’s Secretariat together with Amb. Amandeep Singh Gill of India.

Referring to his appointment, Prof. Kurbalija said that: ‘It is my honour to serve the Panel at such a decisive time when digital opportunities are accelerating. The Panel will reflect on current digital developments and, more importantly, open new horizons for digital co-operation.’

In the interim, Dr Stephanie Borg Psaila will serve as director of DiploFoundation and head of the Geneva Internet Platform.