Immigration gives rise to strong emotions. It is explained by conflicting narratives. And it polarises people and political parties into positions that are either irreconcilable (Trump’s wall), irreversible (Brexit), or unsustainable (Lebanon). With over 68 million refugees worldwide, how can one resolve the problem of immigration? Above all, how can diplomacy humanise immigration so that those conveniently impersonal words, ‘the problem of immigration’, become more real, more immediate, and more compelling to each one of us?

Diplomatic means can transform the smallness of a state into an asset when promoting national and international interests. This course examines the manner in which small states conduct their diplomacy to pursue their foreign policy objectives, and to manage their participation in the global community of nations. The subject takes two aspects as starting premises: that diplomacy as practiced by small states is a subset of the basic themes and methods of diplomacy in general; and that small states, however defined, are necessary and active partners in the global community of nations.

Join this online course, starting 6 May 2019. Read more and register now, to reserve your place. 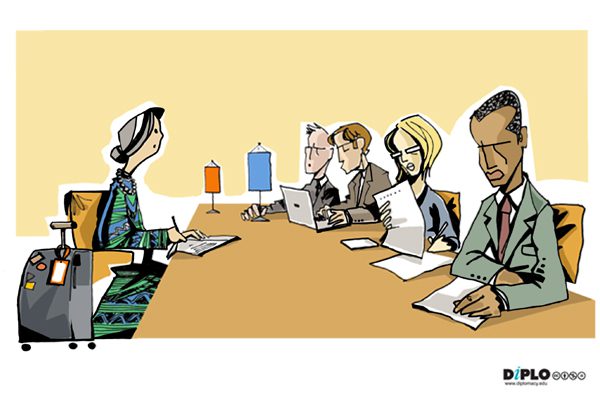 Starting on 6 May 2019, we offer courses on diplomacy topics, both classic and contemporary:

Apply by 1 April for Diplo certificate courses. For further information or to apply, click on the titles of the courses listed, or visit our courses webpage. Register now to reserve your place.

Thanks to support from the government of Malta, partial scholarships are available for applicants from developing countries to attend upcoming Diplo online courses. These scholarships cover 30%–60% of course fees and can be applied to most online courses in 2019. Browse our course catalogue and contact us at admissions@diplomacy.edu for further information. You can also sign up for our courses mailing list to be informed about upcoming courses. 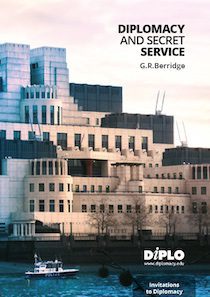 Intelligence officers working under diplomatic protection are rarely out of the news for long, and the last two years have been no exception. How did the relationship between diplomacy and secret intelligence come about? What was the impact on it of the bureaucratization of secret intelligence that began in the late nineteenth century? Is diplomatic immunity the only reason why intelligence officers still cluster in embassies and consulates today? What do their diplomatic landlords think about their secret tenants and how do the spooks repay the ambassadors for their lodgings? These are among the key questions considered in this historically grounded work on the contemporary interface between diplomacy and secret service. It also has guidance on further reading and contains numerous illustrations.

This new e-book is available on ISSUU. It is the newest publication in the Invitations to Diplomacy series, which aims to provide authors with the opportunity to publish introductory works on any important diplomatic subject, and to make them as accessible as possible in terms of style, cost and electronic format.

Why do small assumptions sometimes escalate into big misunderstandings? How can we avoid misreading each other? And are we all too hasty in jumping to judgement? Diplo is organising an Intercultural communication essentials workshop 19-20 March 2019 in Belgrade. This workshop promotes intercultural awareness as a means of avoiding interpersonal misunderstandings. It focuses on particular forms of diversity, from the different communicative styles that characterise individuals in all cultures (rational, emotional, and intuitive styles), to differences between cultures with regard to time, courtesy, relationship building, respect for authority, tolerance of dissent, risk aversion, and other defining variables.

The annual Geneva Engage Awards recognises the actors in social media outreach and engagement in International Geneva. The awards are an initiative of Geneva Engage, a project which fosters effective links between communities worldwide that are affected by issues such as climate change, human rights, development, and migration, and International Geneva, where policies on these topics are discussed and negotiated. The three categories of the Geneva Engage Awards are International Organisations, Non-Governmental and Non-Profit Organisations, and Permanent Representations to the United Nations in Geneva.

The winners of the 4th Geneva Engage Awards are:

For a detailed report and an explanation of the methodology, look at our analysis.

The AAAS Center for Science Diplomacy and DiploFoundation co-organised the session Embedding science and technology in international relations education and diplomatic training on Saturday, 16th February, in Washington DC. The overall goal of the roundtable was to share and discuss different approaches and models to incorporate science in diplomatic training at all levels, from undergraduate to professional development and executive education.

Diplo, in co-operation with The Delegation of the European Union, organised a Lunch briefing on artifical intelligence (AI) and diplomacy on Tuesday, 19th February, in Washington DC. There have been significant advances in AI over the past decade which have led to many debates about its potential social, economic, and security impacts. However, little sustained attention has been paid to the impact of AI on international relations in general, and on the work of diplomats and policymakers in particular. Greater scrutiny is necessary because AI will have a significant impact on international relations, such as putting new topics on the international agenda, challenging geostrategic relations, serving as a tool for diplomats and negotiators, and creating new opportunities and concerns about protecting human rights.

Diplo addresses these important changes in the report Mapping AI’s challenges and opportunities for the conduct of diplomacy, which was commissioned by the Ministry for Foreign Affairs of Finland.

Artificial intelligence made in Europe: What will Alexa say?

Diplo’s Dr Katharina Höne spoke at the event Artificial intelligence made in Europe: What will Alexa say? organised by the EU delegation on Thursday, 28th February 2019 at the Delegation of the European Union to the United Nations Office in Geneva. AI is one of the most transformative forces of our time and is bound to alter the fabric of society. Over the last decade, major advances were realised due to the availability of vast amounts of digital data, powerful computing architectures, and advances in Al techniques such as machine learning.