You are here: Home1 / Online Reputation Management for Governments: in the national interest...

Online Reputation Management for Governments: in the national interest or out of the dictator’s playbook?

Online reputation management: the practice of monitoring the Internet reputation of a person, brand or business, with the goal of suppressing negative mentions entirely, or pushing them lower on search engine results pages to decrease their visibility (Varinder Taprial, Priya Kanwar, 2012).

According to media commentary, the flourishing business of online reputation management (ORM) straddles an ethical divide between protecting against falsifications and perpetrating them.  Its techniques inhabit several ethical shades of gray, from reputation monitoring, defamation clean-up and positive content promotion to SEO manipulation, negative review removal and astroturfing practices.  But if ORM poses ethical concerns in relation to its use by private businesses and individuals, how then should its use by governments be regarded?

As a new industry, ORM is as yet unbound by codes of ethics.  It’s an ‘anything goes’ area where the virtual freedoms of the internet meet with the paranoia of businesses and the profit seeking of reputation firms.  According to communications consultant Charlie Pownall, “ORM can too easily appear to be a dark art practiced by shady search/SEO specialists and underhand PR types for organizations with dodgy practices experiencing crises or social media campaigns running amok”.  It is no wonder then that the ORM industry is itself increasingly suffering from reputation issues of its own.

In some jurisdictions at least, it appears that the long arm of the law is catching up with the more questionable ORM practices.  Last September, the New York Attorney General concluded a year-long undercover investigation into the reputation management industry and false endorsements.  In a press release, AG Eric T Schneiderman put the cat among the pigeons, stating that “astroturfing is the 21st century’s version of false advertising, and prosecutors have many tools at their disposal to put an end to it.”  As a result of the investigation, 19 companies agreed to cease writing fake online reviews for businesses and to pay more than $350,000 in fines.

ORM, dictators and the end of dissent

The incorporation of internet and social media into national foreign affairs, tourism, trade and foreign investment strategies is widely acknowledged.  Most – if not all – governments are engaged at some level in the practice of utilizing the internet to enhance and protect their nation’s brand.  The Canadian Tourism Commission, for example, claims to have been a pioneer in using user developed video content in online broadcasts, and terms such as ‘twitter diplomacy’ and ‘e-diplomacy’ are now firmly entrenched in the lexicon of international relations.

With the increasing importance of their online presence, many governments have also turned to ORM companies to protect their brands online.  In doing so, they too have entered the ethical no-man’s land that is online reputation management.  According to Virtual Social Media, an online marketing services company, “there are several professional government ORM agencies with the required experience and expertise with creative strategies to protect the fair image of the government.   Their proactive approach will enable government to contain all damaging reports well in advance and quite often even before they appear online.”  It’s a claim that many – including advocates of open and accountable government – might find disturbing.

On the one side of this divide are ORM professionals who point to the positive national outcomes that their work for governments can achieve.  Eric Schiffer, chairman of ReputationManagementConsultants.com, writes, “for our corporate clients, success is measured based on their ROI and the impact on their bottom line”, yet for his firm’s campaign for a west African government, “success is measured by the impact on their nation’s gross domestic product (GDP).”

On the other side, Thor Halvorssen, president of the New York-based Human Rights Foundation, argues that ‘reputation management’ can be a euphemism of the worst sort.  “In many cases across Africa, it often means whitewashing the human rights violations of despotic regimes with fluff journalism and, just as easily, serving as personal PR agents for rulers and their corrupt family members”.  It can also work to drown out criticism, branding dissidents and critics as criminals, terrorists or extremists.

The scale and complexity of this is perhaps nowhere more apparent than in the case of the Chinese Communist Party (CCP) – a political organization boasting one of the world’s most complex in-house online reputation management machineries. 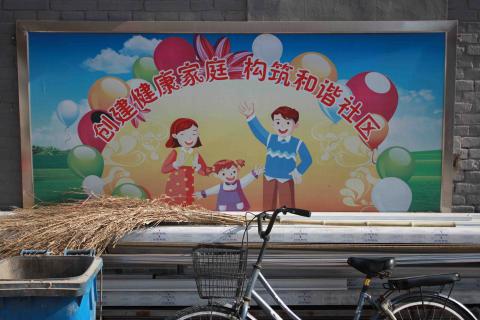 Protecting the domestic reputation of the one-party Chinese state is a vast panopticon of monitoring, surveillance, content production, opinion guidance and firewall infrastructure with a reach that would surely be the envy of any ORM company.  Network traffic from mobile data text messages (Tencent’s WeChat/微信) to microblogs (such as Sina Weibo/新浪微博) are monitored.  Search engine results are curated, with sensitive keywords censored, and whole tracts of the internet blocked.

Government authorities employ a ‘water army’/水军 of internet commentators known unofficially as the ‘50 Cent Party’/五毛党 to post comments favorable towards party policies in order to shape public opinion (CNY 0.5 is the purported payment for each post that steers discussion away from anti-party comment).  It has been estimated that up to 300,000 such commentators astroturf for various levels of government aimed at audiences both within and outside of China.  On the flipside, ‘Big V’ microbloggers (those with big followings) who post views that upset the state are routinely shut down and forced to confess their ‘irresponsible’ actions in misguiding public sentiment.  A country-wide crackdown on ‘toxic’ internet rumors has led to many arrests in the name of correctly guiding public opinion.

While the issues and debates surrounding Beijing’s internet controls are complex, considering the CCP’s grip on cyberspace through the prism of ORM does shine a strong light on the industry’s darker arts.

The end of dissent is perhaps the shared dream of dictators, authoritarian regimes and many of the businesses that engage ORM help.  The dystopian obverse of this dream is the skewing of online speech and the attempted systematic removal of truth.  Many ORM principles might read comfortably within the pages of a dictator’s guide to online statecraft, but as any good reputation specialist will argue, nothing protects a brand’s reputation more than a great brand.

Conversely, nothing compromises the reputation of a brand more effectively than obvious cover-up and misrepresentation.

As Greg Klassen, recently appointed interim President and CEO of the Canadian Tourism Commission, has remarked, “when there are “sniper shots” to our country’s reputation largely through social media… we have this brand firewall that tends to protect our reputation.”  The ‘brand firewall’ to which Klassen refers is not some cutting-edge cyber barrier designed to shut down detractors but rather the innate value and resilience of brand Canada itself.