Young economic diplomats are soon taught to recognize, respect, and open the way for “market forces”. These forces are unassailable – the working of the “invisible hand” – and sweep the world toward ever higher Efficiency and Progress. I freely admit to having held forth such views, and defended them.

I was always aware, however, that such rhetoric may hide special interests and – which is worse – unseemly manipulation. Behind the screen of “invisibility” some real hand might have tangibly pulled strings, and the outcome may not have been “efficiency” at all. I’ve always tried – far from successfully I’m sure in many cases – to see behind the rhetoric to the hidden interests.

What could be more emblematic of “market forces” than private transportation based on cars? From the beginning it was a “love affair” between consumers and cars, we have been told many times over: the car was the ultimate enabler, and people took to it like ducks to water. Such was the whiggish history of increased mobility in the US.

It turns out that the story is not so uplifting after all. In the late 1920 General Motors secretly began to purchase trolley systems – more than 100 in all – throughout the US, using a number of front corporations. Once purchased, these systems and their tracks were completely dismantled, and replaced by buses built by GM. Other companies like Mack Truck, Firestone, and Standard of California joined in. In 1947 federal antitrust charges were laid. They were convicted, and fined 5’000 $ each[1]. 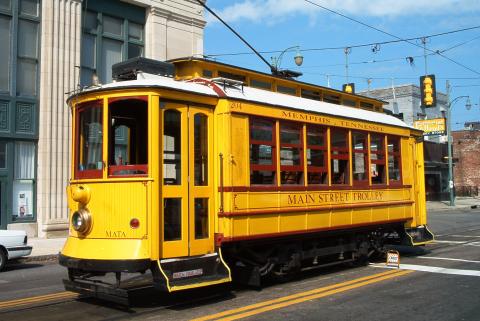 Cars, then, had two “forces” working for them.

On the one side, the government took over the cost of creating the highway infrastructure for cars. True, it might have clawed back the investment eventually through gasoline taxes and general revenue. Rail and trolley, on the other hand, had to obtain easements and put the investment up front.

On the other, the competition from trolleys was surreptitiously eliminated. With the competition gone, there was no alternative to cars. No wonder the use of cars spread – and allowed a car-based culture to emerge.

Cars allowed suburban sprawl. Suburban sprawl worked against public transport, for the latter needs high population density to be economic. We have a neat case of “path-dependent outcome”, where the (unfair) initial advantage became self-fulfilling prophecy.

Diplomats are often called to defend interests on “national” grounds. A pinch of muckraking – unsentimental understanding on how these interests emerged and how they work – is in my view precondition for achieving workable compromises in negotiations. Compromise does not come readily when one is convinced that one’s cause is “just” to the utmost.

Is tweeting a breach of diplomatic function?121 – In praise of attention
Scroll to top