Capacity development is much more than taking a course. Diplo believes in a holistic approach that anchors training into wider policy, cultural, and organisational contexts.

Diplo’s policy work and research on internet governance, digital policy, and diplomacy informs the work of practitioners and contributes to narrowing the digital divide.

Who is selling data about researchers and why? 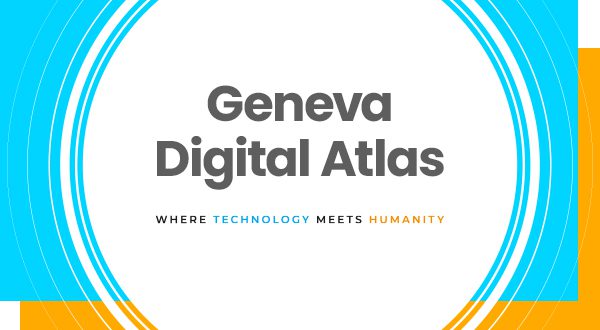 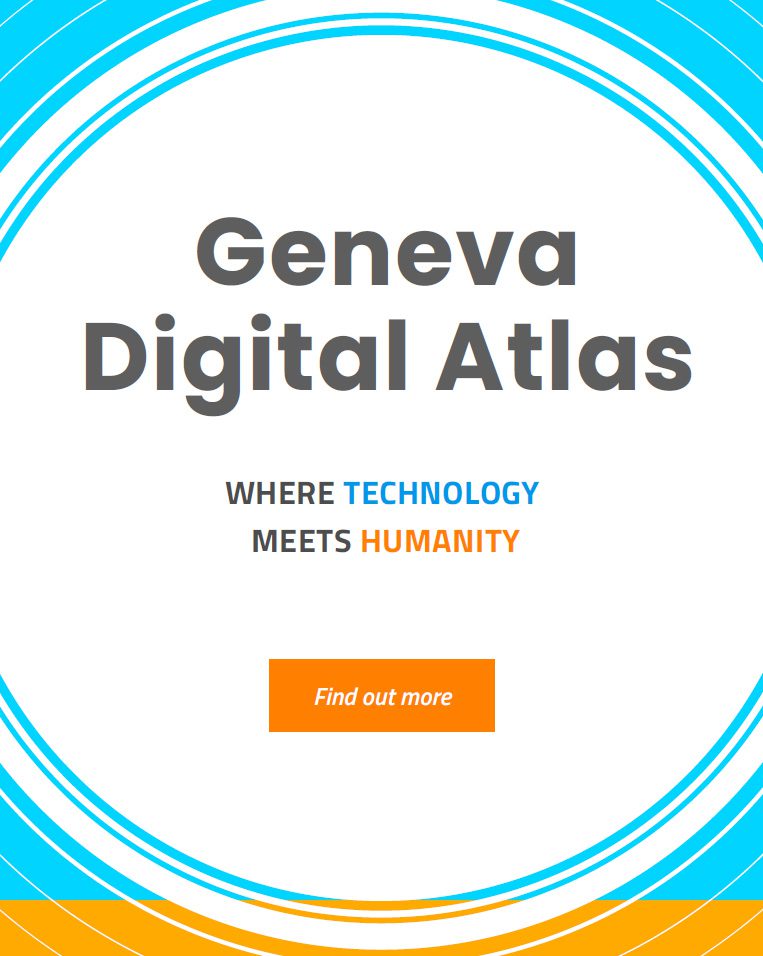 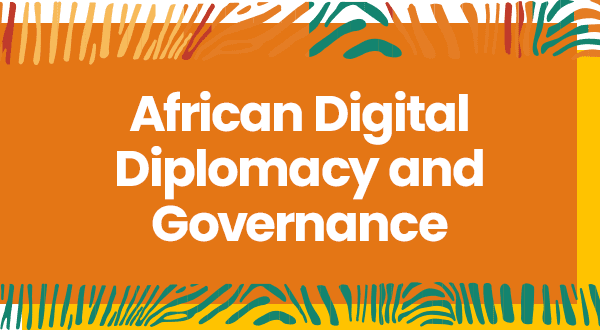 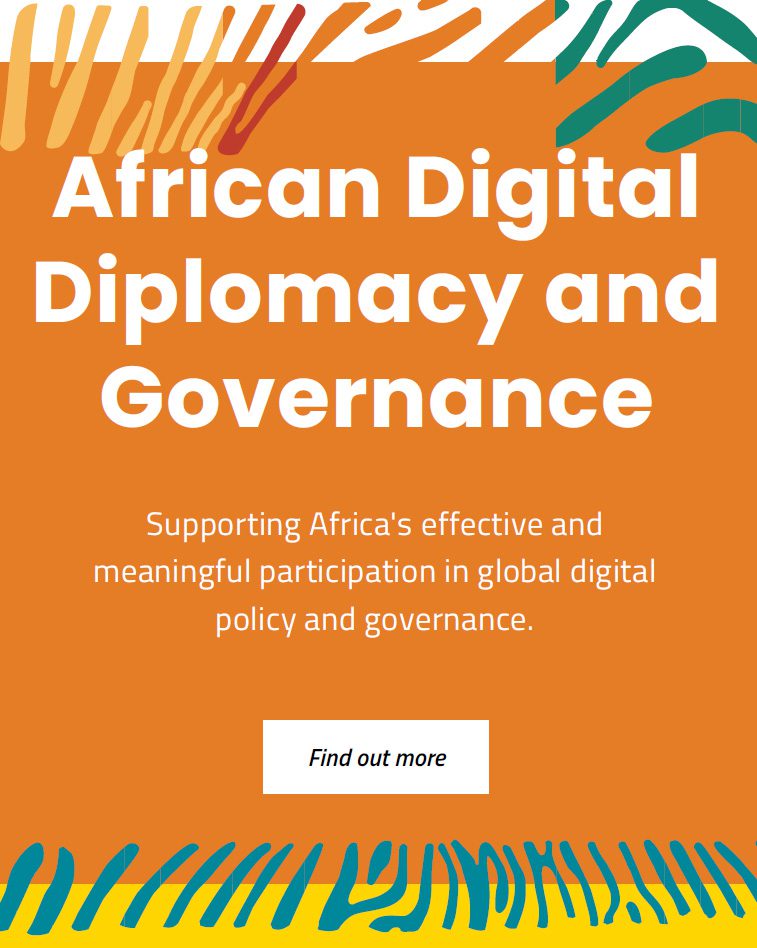 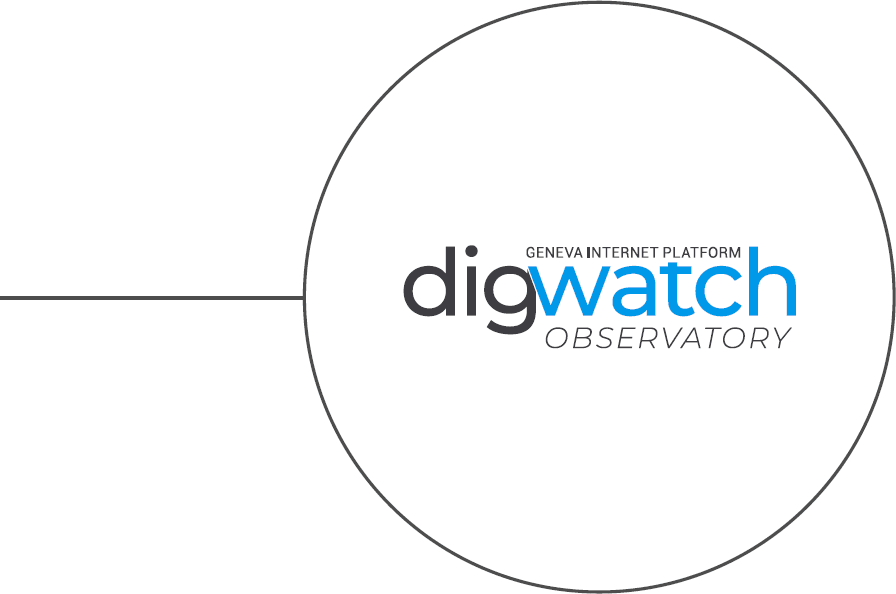 Link to: Diary of AI and Data Lab 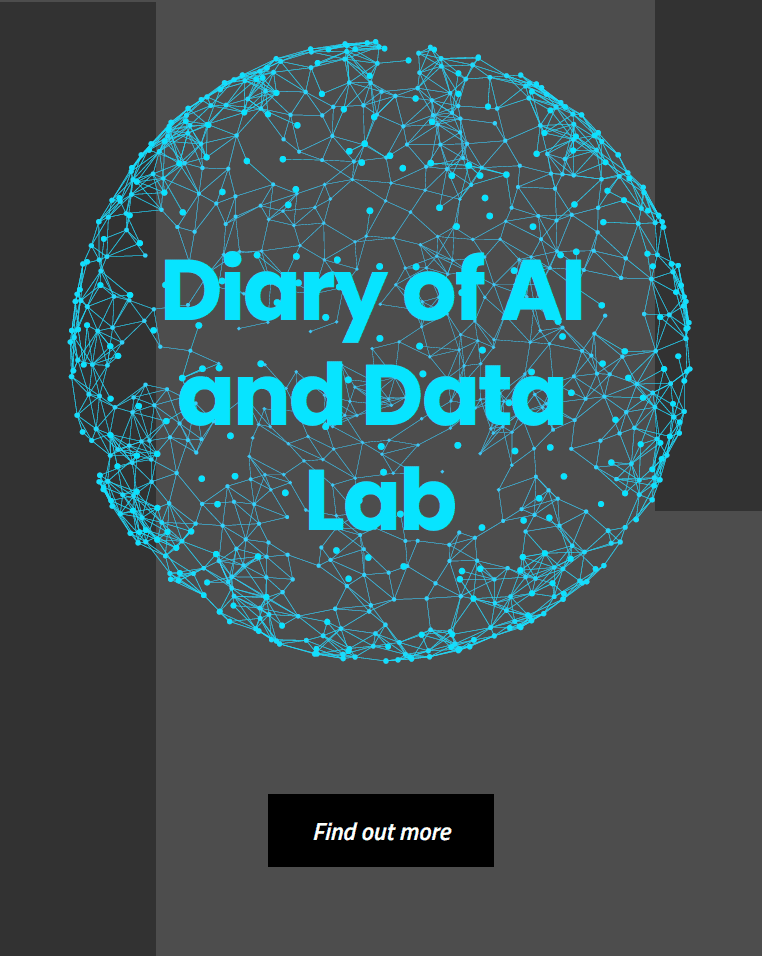 Link to: Master in Contemporary Diplomacy 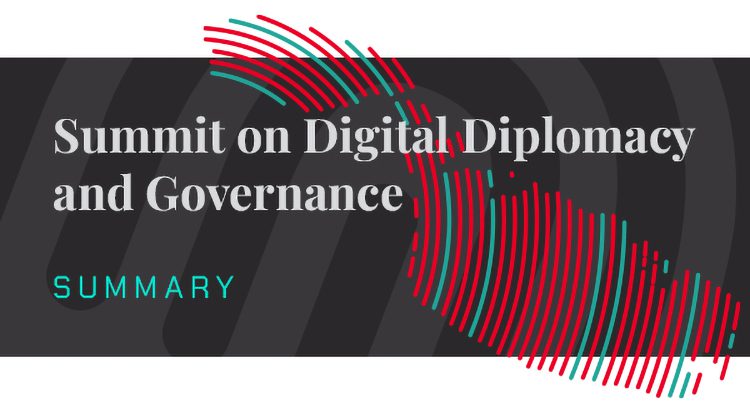 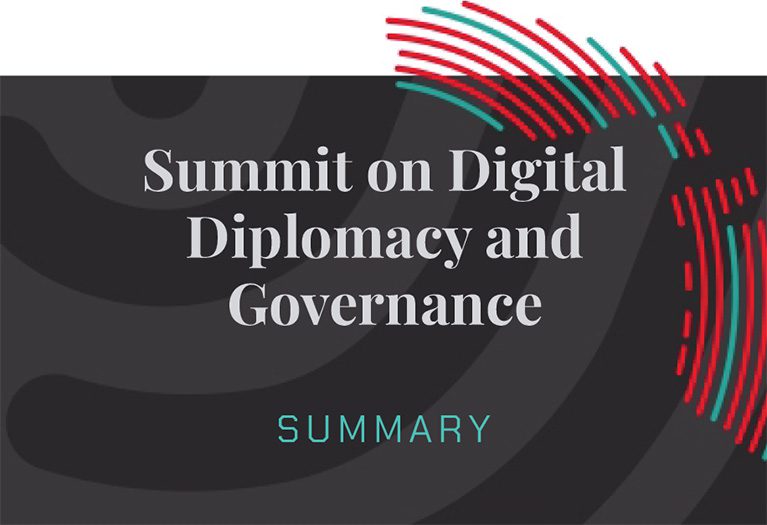 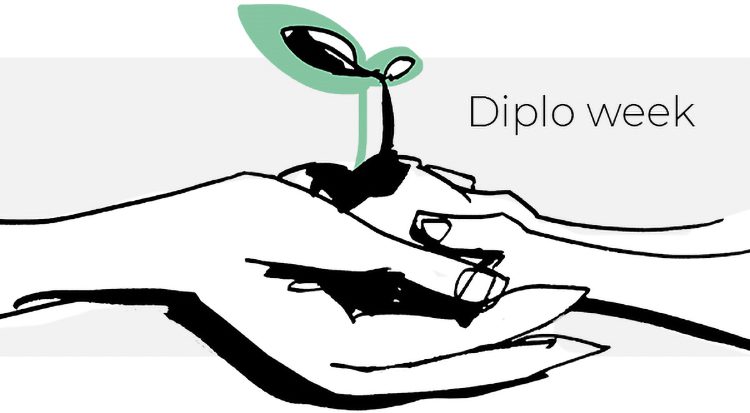 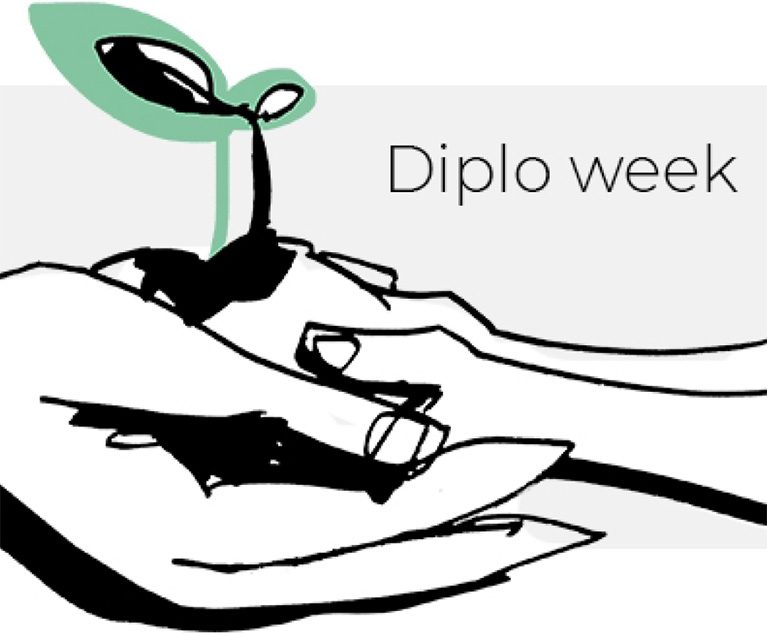 From onsite to online meetings

What’s the latest in Diplo? Discover our upcoming events and discussions on current issues, insightful blog posts by leading experts, our biweekly roundup of Diplo activities and news, and our wide collection of resources in the Diplo Hub!

They can often be interchanged. There are however some patterns emerging in their usage. Cyber diplomacy is used more to refer to diplomatic activities related to cyber security issues. There is more confusion about digital diplomacy being used to implement digital foreign policy (new topics in diplomatic agenda) and the use of new tools in diplomatic practice like social media, websites and online meeting platforms.

It is possible to avoid confusion in the current, transitory phase of terminology settling.

– The evolving geopolitical ENVIRONMENT for diplomacy: impact of digital technology on sovereignty distribution of power, and global interdependence among other issues.

You can read more on terminological confusion and other aspects of digital diplomacy.

How should governments prepare for the metaverse?

The future of the metaverse is still not clear. Facebook has the network, financial and technical capabilities to make this happen. The government should be ready to address data protection, cybersecurity, digital identity, and other digital policy issues. These issues need to be addressed in a way that balances “real” reality (physical), virtual realities, and augmented realities.
a

It all comes down to semantics and context usage. These prefixes are frequently used in interchangeable ways. It is crucial to determine if a specific usage of cyber diplomacy/digital diplomacy or even e-diplomacy refers only to digital geopolitics, topics, or tools. You can learn more about different usages of prefixes in digital diplomacy.
a

The Vienna convention (1961) on diplomatic relations does not specify how countries will be represented. They are typically represented in another country by an embassy or other types of diplomatic missions. However, there are many other options available such as rowing (nonresident Ambassadors). Online diplomatic representation can be considered legal. It is yet to be seen if this practice will increase in popularity over the next few years.

Is science diplomacy a form of public diplomacy?

Some approaches subsume science diplomacy under public diplomacy. In this sense, science diplomacy is about winning hearts and minds; it is about creating a positive image of one’s country. For clarity, let us look at a definition of public diplomacy. According to the USC Center on Public Diplomacy (CPD), it is defined as ‘the transparent means by which a sovereign country communicates with publics in other countries aimed at informing and influencing audiences overseas for the purpose of promoting the national interest and advancing its foreign policy goals. […] The concept of soft power coined by international relations scholar Joseph Nye has, for many, become a core concept in public diplomacy studies. Nye defines soft power as “the ability to get what you want through attraction rather than coercion or payments”‘. From this description and the examples on this page, we can see that science diplomacy is much more than public diplomacy and the one should not be reduced to the other. Having said this, it is important to recognise that for many countries, and in particular the USA, the practice of science diplomacy often has strong elements of public diplomacy.
a

Is science diplomacy a new phenomenon?

Science diplomacy is not a new practice. Yet, the term itself only came into general use relatively recently. While there is not one specific point at which the term emerged in its current use, its prominence in publications and various discourses began around 2005 (Flink and Rüffin, 2019). Yet, examples of science diplomacy can be identified much earlier. Scholars Flink and Rüffin trace science diplomacy, understood as ‘scientific cooperation across borders’, back to the 17th century and the emergence of ‘modern’ science (Flink and Rüffin, 2019). They argue that communication and collaboration among scientists across borders finds its origin there. For example, in 1723, the British Royal Society created the position of ‘foreign secretary’ of the Royal Society. This person was ‘to maintain regular correspondence with scientists overseas to ensure that the Society’s Fellows remained up-to-date with the latest ideas and research findings’ (Royal Society, 2010, p. 1). The emergence of modern nation states in the 19th century and rising nationalism, however, challenged cooperation across borders. Some scientific cooperation across borders, for example in the field of astronomy, still flourished during that time. Nationalism also gave new impetus to scientific progress as a means to foster a nation’s reputation 17and thus emphasised competition. If we focus on science diplomacy as a set of activities and policies pursued by state actors, then the practice of sending representatives abroad to act as ‘science envoys’ or ‘science attachés’ can be traced back to at least the late 19th century (Linkov et al., 2014). In 1898, the USA stationed a science attaché, the zoologist Charles Wardell Stiles, at its Berlin embassy. As part of US diplomacy, science attachés became more prominent in the 1950s and 1960s.
a

What are hybrid meetings?

Hybrid meetings let people join both in person and online, giving everyone a fair chance to talk and take part in the meetings’ discussions.

What are the different meanings of 3 writings of diplomacy – Diplomacy – DIPLOMACY?

3 writings of diplomacy illustrate different ways in which diplomacy is perceived today:

diplomacy – written in lower-case letters – reflects our daily experience. At home, at work, and on the street, we deal with conflicts through negotiations, engagement, and ultimately, compromise. In addition, we represent our family, our communities, and our companies. We often speak on behalf of others. This is what diplomacy is about. Most people would not use the term ‘diplomacy’ to describe these activities. Yet, these activities are at the core of diplomacy.

Diplomacy – with a capital ‘D’ – is a profession and a system of representation for states. This is how diplomacy is seen in the news. It is about negotiations and international treaties, among other elements. Traditionally, Diplomacy is performed by diplomats and international officials working in embassies, ministries of foreign affairs, and international organisations. A lot has been written about Diplomacy; and you can read more about it on Diplo’s website.

DIPLOMACY – fully written in upper-case letters – is how diplomacy is often perceived by the general public. This is the diplomacy of flags, receptions, black limousines, and protocol. DIPLOMACY looks glamorous and aristocratic. This perception can be traced back to the history of diplomacy, when it was a profession reserved for aristocrats.

Cybersecurity is a protection of the Internet and other information systems from malicious threats, misuse and malfunctioning. Cybersecurity covers wide area including protection from cyberwar, terrorist attack and cybercrime, among others. Cybersecurity is implemented through policies, procedures and technical solutions.
a

What is digital diplomacy?

Digital diplomacy refers to the impact of digital technology on diplomacy in three realms:
a

What is digital divide?

Digital divide refers to social inequalities created by the introduction of computers and the Internet into human society. It is manifested in differences in number of computers, access to the Internet and available applications. Digital divide is most commonly used to describe the difference between developed and developing countries in the use of digital technology and the Internet. However, divides exists on various levels, including between young and old, urban and rural, and among different professions.
a

In its broadest sense, diplomacy is the conduct of international relations by peaceful means.

Even more restrictive is the definition of diplomacy as the conduct of relations between sovereign states by members of their respective foreign services. There are also a wide range of definitions based on functions of diplomacy:

Representation is one of the most important functions of diplomacy. Costas Constantinou blends the concepts of representation and communication in his definition:

“At its basic level, diplomacy is a regulated process of communication between at least two subjects, conducted by their representative agents over a particular object.”

The next set of definitions is focused on communication and the sharing of information. In The International Law of Diplomacy, B.S. Murthy defines diplomacy as,

Tran Van Dinh’s most concise explanation of the importance communication has for diplomacy is:

The third approach focuses on the definition of diplomacy as negotiation. Quincy Wright defines diplomacy as:

“the art of negotiation, in order to achieve the maximum of group objectives with a minimum of costs, within a system of politics in which war is a possibility.”

“the management of international relations by negotiations.”

Learn more on diplomacy in general, digital diplomacy, science diplomacy, and other types of diplomacy

Unfortunately, online politeness is declining. Language is divisive and offensive.

It’s possible to regain your e-politeness with careful language usage. Sarcasm should be avoided as it can easily lead to offence.

What is internet governance?

Internet governance is defined by the World Summit on Information Society (Tunis Agenda, 2005) as “the development and application by Governments, the private sector, and civil society, in their respective roles, of shared principles, norms, rules, decision-making procedures, and programmes that shape the evolution and use of the Internet.”
a

What is online diplomacy?

Term online diplomacy is loosing its relevance and traction.
a

What is the definition of e-politeness

E-politeness is about online behaviour that reflects respect and courtesy, just as it should be in real life.

What is the difference between capacity building and capacity development?

What is the difference between digital diplomacy and public diplomacy?

What is the importance of agenda setting in diplomacy?

In the complex interplay of multiple issues and actors in diplomacy, the key challenge is to place certain issues on global diplomatic agendas. Similarly to the media in general and the world of the Internet, a fight for attention takes place, in this case diplomatic attention. Kehone and Nye suggest that states “struggle to get issues raised in international organisations that will maximise their advantage by broadening or narrowing the agenda.”

Currently, there are many unresolved issues related to Internet governance. As a result, extensive manoeuvring by different actors trying to place their own issues on emerging Internet diplomatic agendas is taking place.

What was the role of science attachés in addressing COVID-19?

When did diplomacy start?