New: Photos from the event 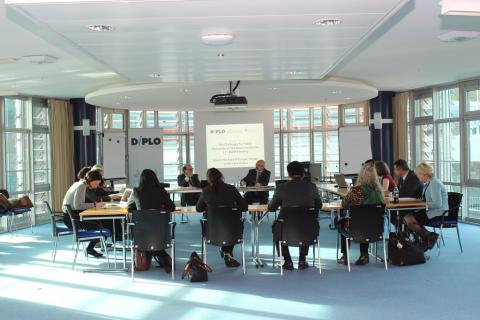 The Challenges for Public Diplomacy on the Road towards the 11th Asia-Europe Meeting (ASEM) Summit
(15-16 July 2016, Ulaanbaatar, Mongolia)

The roundtable will gather representatives of ASEF, Diplo, the Swiss government and Geneva-based Asian and European diplomats to discuss how public diplomacy can improve various economic, social and cultural connections between Asia and Europe. The event will also present the current status of the Asia-Europe Public Diplomacy Training Initiatives and plans for the forthcoming period including training and awareness building activities.

For more information contact Tereza Horejsova at terezah@diplomacy.edu or 022 907 3633.

Light refreshments will be served from 12.45.