When the medium tweaks the message – 189

More than specific technologies it is our “habits of thought” – our “mentality” – which allows societies to advance in understanding reality of a broad front. Around 1250 such a change in mentality took hold in Europe. We never looked back. What happened?

One view is that: “Western Europeans evolved a new way, more purely visual and quantitative than the old, of perceiving time, space, and material environment” (pg. 227)[1]. (I’ve mentioned this in my 42 https://bit.ly/WLCA2A ). Another view holds that it was the emergence of the “scientific method”[2] which did the trick[3]. Whatever the merits of these arguments, they agree on the fact that the way we presented and argued our thoughts and insights was paramount in bringing about change.

I’ve been preparing for the Malta conference on Innovation in Diplomacy – a memorable event which will take place in two weeks’ time. I have a rough idea of what I want to say, but I’m forced by circumstances to change my style of presentation – in my view in a way that might add to a “change in mentality”.

Ten years ago, I’d have taken to the pen and written down a 10-15 page text. I’d read it out, my voice droning away above the public’s heads. The presentation’s structure would have been close to the “recursive argument method[4]” first developed in the Middle Ages, and ponderous to a fault. It involves a fictitious dialogue between me and an imaginary “opponent”, with my arguments (of course) gaining the upper hand over objections. It is a sort of “intellectual ordeal”[5] with the public as judge.

Five years ago, I’d have put bits of my speech on slides in a PowerPoint presentation. It is akin to climbing a steep mountain face with hammer, ropes and nails: the salient points are anchored; the rest is free-style. Adverse arguments have no place in my exposition. (Fictitious) dialogue has been replaced by a self-assured monologue.

Jovan has asked me to prepare myself for a TED-style presentation[6]. “Good storytelling, an art which is as old as humanity” – Jovan argues, and he is right. But this is how it feels to me. (Whether in the end my subject matter can dispense with PowerPoint slides or whether I can master in one swell swoop the overhangs of speaking freely is subordinate matter. If I were a politician I’d have teleprompter). 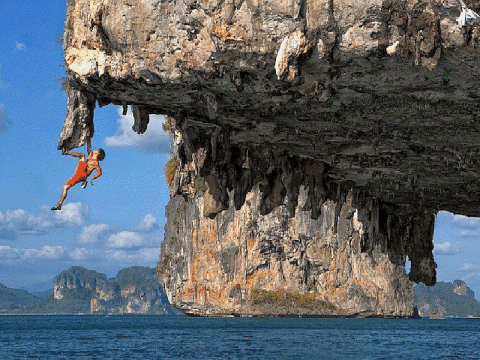 Writing a (speech) text is akin to laying siege to a fortress the way it was done in the XVIIth century. The place was cut off; trenches were dug at salient points; sorties were repelled; tunnels were tunneled under the walls; mines were laid and ignited. It was predictable to the week when the slog would finish: dependable workmanship, but no thrill, no twist, and no surprises, unless the opponent’s field army came to the rescue from afar – it seldom did.

A PowerPoint presentation is an effort in convincing and converting. Counter-arguments are suppressed: one holds them in reserve, if needed. More than a siege – it is an intellectual raid, where the public is taken prisoner.

A TED presentation is closest to entertainment. It has to be a “good” story – that’s critical. TED talks are rated unabashedly subjectively: “inspiring, jaw-dropping, persuasive, funny…” Truthful –maybe. Oral stories are linear. (Only Homer can have oral recursive stories, and then one needs a whole night to tell it. And in any case these recursive stories were repeats, where listeners knew the component bits by heart beforehand). TED is novelty, and novelties must be simply, short, and striking.

I don’t know whether I’ll ever be good at TED-style presentations. But I like the “change in mentality” that comes with it: The ruthless linearization involved forces one to think deep – to dig into the unspoken assumptions until one finds that one sentence that tells it all – the jingle that jangles…

Ruthlessly “seeking a deeper understanding of the world” may save us in the end. Don’t believe me? Here an example.

We all have read about the “crash of the subprime market” in the US – which contributed mightily to the current economic doldrums. In 2001 Josh ROSNER published a long paper highlighting the dangers of the then current policy of easing credit standards to put more people into their own homes[7]. The title of his paper sums up his analysis perfectly: “A home without equity is just a rental with debt.” His conclusion was: “Owning a home has, historically, served an important place in America. A Housing and Urban Development report states that, “Through homeownership a family…invests in an asset that can grow in value and generate financial security…. enables people to have greater control and exercise more responsibility over their living environment…. helps stabilize neighborhoods and strengthen communities…and helps generate jobs and stimulate economic growth”. While these assertions, intuitively, seem correct, even the HUD author admits that “the validity of some of these assertions is so widely accepted that economists and social scientists have seldom tested them”. More to the point is the unasked question: ‘is it homeownership or home-equity which conveys these benefits’.[8] Had regulators understood the import of this little sentence – which could have been the core of a TED presentation – we might have been spared the worst. Funnily enough, a 91-year old professor did – subsequently contacting ROSNER. His name was Charles KINDLEBERGER, whose titles included: Manias, panics, and crashes. A history of financial crises.

[3]          This change in mentality was not “autochthonous”. Conventionally its emergence was explained as an import from the Islamic world. More recent scholarship places the origin of this method in Central Asia and the world of Buddhism. See: Christopher I. BECKWITH (2012): Warriors of the cloisters. The Central Asian origins of science in the medieval world. Princeton University Press, Princeton.

[4]          The term “recursive argument method” refers to the fact “the method breaks down each topic into analyzable parts and exhaustively debates each one of them from all possible direction”. Beckwith op. cit. (pg. 24). It is a sequence or chain of logical steps, which leads from the assumption to deduction, after each mail has shown to be solid.

[5]          For the importance of “ordeals” as a way of establishing “truth” see: Jsames Q. WHITMAN (2012): The verdict of battle. The law of victory and the making of modern war. Harvard University Presws, Camdridge.

[6]          The two annual TED conferences, in Long Beach/Palm Springs and Edinburgh, Scotland, bring together the world’s most fascinating thinkers and doers, who are challenged to give the talk of their lives (in 18 minutes or less). Today, TED is best thought of as a global community. It’s a community welcoming people from every discipline and culture who seek a deeper understanding of the world. See: https://bit.ly/SWcw18