“Social facts” – according to John SEARLE who has spent most of his life studying them – “are only facts by common agreement”[1].

As a “brute fact” a stamp is an insignificant-looking little square, often fancily decorated. By “common consent” the stamp is a convenient means of paying for transporting a letter half-way around the world. Try and imagine the complexity of this endeavor. The letter, once so marked, goes through many hands. It boards planes. It gets distributed at the other end. An infinitesimally small amount of money complements this trip: each handler gets its share. At the end of the month, everyone who was involved in moving mail gets her salary. This is the power of a “social fact”[2] 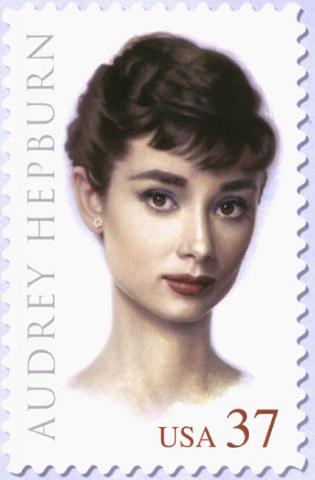 Now try and identify other “social facts”. Money comes to mind, and this is a humongous world. Language is an infinitely complex “social fact” translating sounds into meaning. Division of labor is a “social fact”: workers have agreed among themselves in very complicated ways to participate in the creation of a product. Each of us relies – by common agreement – to do his bit. In the end, presto, the product is taken to market. Each product embodies an infinite amount of further “social facts”. The fact that shoes are sold in a shoe-shop is a “social fact” – otherwise we would have to race through hundreds of shops to find the pair that fits and pleases us. A “social fact” creates a real world, without ever being a real fact in itself – it remains an abstraction.

“Social facts” are mere conventions between people. There are infinite such conventions. We hardly notice them. We just learn of them, and use them. Such conventions can change over time. In the beginning letters were paid for by the addressee. What made postal service boom was the change in convention that the sender paid for the postage.

Laws are “social facts”, and so are institutions. Majority vote is such a convention – and it took a long time coming to an agreement over it. First it was tied to class, then property. We still hear grumbles that elites should have a larger say. Values are “social facts”. A good example is the 5th commandment (Exodus 20, 13). There are two versions of it: “Thou shalt not kill” and “Thou shalt not murder”. In clear: You may smite aliens, but not murder your own. Here the rather tortured theological argument: “The imperative is against unlawful killing resulting in bloodguilt. The Hebrew Bible contains numerous prohibitions against unlawful killing, but also allows for justified killing in the context of warfare, capital punishment, and self-defense.” This dissonance highlights the conventional character of this Commandment – by God’s command Joshua smote enemies, women and children, and sometimes even livestock.

“Social facts” exist by common consent. Two problems arise. The first is how to change them. We have created “meta-social-facts”: procedures in order to do so (originally Constitutions were such procedures). Procedures create order in time[3] (and path-dependent outcomes). We are loath to change procedures even more than values, hence the hurdles to changing the Constitution. In the past forgetting was the main tool. Now that everything is written down, we are left with constructive re-interpretation of the written word. We then celebrate the “resurrection” of the (written) word into a new living meaning.

The second question is compliance – the “free-rider” problem. Of course, “common consent” in principle demands 100 % compliance on the part of the group. Depending on the kind of “social fact”, we accept some degree of tolerance. There is no tolerance for murder. We are relatively tolerant with regard to traffic rules – in fact the traffic is so complex that without constructive interpretation of traffic rules we would probably get gridlock. The police do not blindly enforce every rule – it aims for “good enough” solutions, which may even be “optimal”, in the sense that it gets everyone home on time even though rules are not strictly followed.

Some social facts have a shelf life. Over the last 50 years sexual harassment or stereotyping of people is emerging as strict “social fact” – this transition is disparaged as “politically correct”. The inverse process is also ongoing. Divorce has become acceptable, and so has co-habitation: sexuality no longer is considered a “social fact” as long as it takes place between consenting adults.

And then there are “common aspirations”. Aspirations refer to a – fuzzily shared – desirable state of society. Health is a good example. We’d like everyone to live a healthy life. For his/her own good. For the good of society, for we have undertaken to share health care costs. We recoil, however, from making compliance compulsory. What to do?

A new method is emerging that squarely confronts this conundrum: it is called “nudging”[4]. These are measures that aim to “make it easy” for people to align their behavior on “common aspirations”. The aim is not full, but “good enough” compliance. It moves a large portion of society in the right direction and so e.g. brings social costs down to a more comfortable level. It is based on the principle that not all of us are deliberate and obdurate free-riders – just lazy, ignorant of the issue, or both. And we can live with it: we do not punish people for not sharing our aspirations.

Two examples: upon enrolment workers maybe automatically enrolled in a pension plan, unless they decide to opt out. There is no cost to opting out – just the slight bother of having to do so. Most will enroll: this small rule exploits our natural indolence while fostering the “common aspiration”. Setting up recycling bins at street corners is a nudge – recycling rates of say 80% (as here in Switzerland) are “good enough” to get a hold on waste disposal.

The age of prohibitions – where the state secured “negative liberties” – is being followed (not superseded!) by the age of common aspirations – where we agree to “positive liberties” – common shaping of the “good life”. The agreement is fuzzy, and so are the means to move in that direction. What counts is not individual behavior, but the people on the whole moving in the right direction.

With “social facts” emerges a “social reality”, the complex agglutination of all these “facts by common agreement”. “Social reality” is more than just their sum – it is an emergent property we vaguely describe as “society”. And if you think that material reality is infinitely wondrous – think again. For each of God’s many beetles there are infinite “social facts” relating to the same function (each family e.g. is in a sense a “social reality” – witness the misunderstandings between in-laws).

What I find fascinating is the current denial, in some Western thought, that “social facts” or “socially constructive reality” exist at all. John SEARLE spends the last two chapters of his book defending the idea that socially constructed reality exists independently of individuals. A “social fact” would be disembodied, and this can’t be, is the argument, or they are subordinate. What else are past religions – we now call them paganism – or discarded social structures – like the institution of slavery (not its horrible reality)?

The denial is not innocent. It underpins the claim to individual autonomy and the person’s primacy over the social, nay of the rights of the individual being antecedent to social reality[5]. This, however, is another story, or another blog.

[2]          This stamp is a “social fact” in other ways: so we agree that Audrey Hepburn deserved being placed on a stamp after her death; and we collect stamps for the heck of it…

[5]         See e.g. Samuel MOYN (2010): The last utopia. Human rights in history. Belknap. Harvard University Press, Cambridge. MOYN argues that this view emerged after WWII. The earliest version of individual rights anteceding and thus transcending society I’ve founs in BASTIAT (1850) ; who argues: “What, then, is law? It is the collective organization of the individual right to lawful defense. Each of us has a natural right—from God—to defend his person, his liberty, and his property. These are the three basic requirements of life, and the preservation of any one of them is completely dependent upon the preservation of the other two.” This is probably a reaction to Jean-Jacques ROUSSEAU. The assertion that God would have established property as a transcendent right gives the bourgeois game away.

China’s desire for ‘stability’COP18: At the negotiation table not all are equal
Scroll to top