Popular belief long held that one could steal a person’s soul (and hold him/her in one’s power) by casting a spell over something that belonged to the victim. Witchcraft the world over is predicated on such stealing of hair, nails, or making a puppet resembling the person. It is the powerless’ dream of ultimate power as well as projection of his fear of the infinite forces that hold him in sway.

Manchu headdress symbolized Manchu rule over the Han. Tampering with a person’s queue was thus akin to treason (see my https://bit.ly/UBJfcv). From time to time rashes of clipping queues emerged in China, so in 1768[1], as part of “soul-stealing”. Qianlong did not take treason lightly[2]; moreover cultural distance preventing him from understanding that local custom might not hide an empire-wide treasonable conspiracy. Qianlong ordered investigations; he roundly abused non-reporting “It is really detestable… you take your sweet time about sending in memorials, and there isn’t a work of truth in them!”) as well as over-reporting (“probably empty talk. Very hard to believe”). 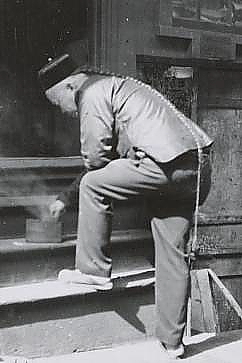 Reading the story of how Qianlong prosecuted “soulstealing” is a cautionary tale about the reliability of intelligence and the dream of “intelligence dominance”. Even more, the circumstances of this historical “event” are best read and understood as exemplary tale from the Principal – Agent Paradigm, which is still infesting contemporary thinking.

The Principal – the Autocrat – acts through his Agents. This is done by establishing fiendishly detailed administrative rules as well as regularized procedures Agents are supposed to follow. The Collected Statutes on the Ming and Qing covered all possibilities and graduations of possible crimes and punishments, including the “catch all crime”: “doing what ought not to be done”. Among the Agents a fearful obedience to authority prevails.

As he sets out rules, the Principal loses discretionary power, for his rules bind him as much as they bind the Agents. When the last precedent is set, the Principal has exhausted his power; there is nothing left for him to do but to supervise the routine. The Principal has become a eunuch mired in viscosity of bureaucratic procedure.

At this point the Agents hit back. Over time the Agents manipulate information to the Principal to foster their personal goals of protecting themselves from arbitrary demands by superiors, nay to foster personal or collective enrichment at the expense of the Principal. Against this the Principal is powerless, for he is alone against the administrators’ system of reciprocal help and control of the content. Qianlong’s control of bureaucrats (the Human Resources side of his rule) left him deeply disappointed. In the end, he had to rely on autoptic and fleeting inspection of his administrators in the context of mass audiences. Whether he was well-served by his intuitions is impossible to judge.

Treason is a personal crime against the Principal. This “event”[3] allows him to “rule by exception” – to exercise sovereignty[4]. This is welcome change from routine. It also allows the Principal to plumb the loyalty of the Agents. For here they were challenged not to follow the rule, but to show wholehearted loyalty to the Principal rules notwithstanding.

Qianlong’s interest in the 1768 sorcery scare probably was as much in the substance of the case as it what it revealed about his closed subordinates. He was utterly disappointed. In the end this “event” that had disrupted the humdrum functioning of a centralized bureaucracy ended as all such things end: the innocent were punished, the guilty were let go free, and a thick layer of obfuscation covered the ground in an attempt to save the Emperor’s face. Too many magistrates were involved; and as the emptiness of the “event” became apparent the emperor’s image needed protection – amnesty was decreed.

[2]         Zeng Ling (曾靜), a failed degree candidate heavily influenced by the seventeenth-century scholar Lü Liuliang, in October 1728 attempted to incite Yue Zhongqi (岳仲琪), Governor-general of Shaanxi-Sichuan, to rebellion. He gave a long list of accusations against Emperor Yongzheng, including the murder of the Kangyi Emperor and the killing of his brothers. This triggered a series of investigations which captured the attention of Yongzheng, who was eager to make his ascent to the throne seem legitimate. Highly concerned with the implications of the case, Yongzheng had Zeng Jing brought to Beijing for trial. But instead of imposing an immediate death sentence, the emperor began an intensive, written conversation with Zeng Jing. Zeng Jing eventually wrote a confession of error and received pardon for his crimes. The emperor then decided to circulate the relevant documents, including the original note, nationwide as a civics lesson for his subjects.However, Yongzheng’s sudden death caused a turn of events as the Qianlong Emperor, Yongzheng’s successor, sensitive to the potentially defamatory material that was making its rounds across the country, went against his father’s wishes in recalling and destroying his father’s response, the Dayi Juemi Lu (大義覺迷錄; literally: “Records of great righteousness resolving confusion”), as well as executing Zeng. Lü Liuliang’s coffin was ordered to be opened, and his corpse was mutilated in public. See Jonathan C. SPENCE (2006): Treason by the book. Penguin, London.

[3]          In history “linear” time is of little import. What matter are historical “events”, which are able to change, ever so slightly, the course of history – the path-dependent outcome. See: Paul PIERSON (2004): Politics in time. History, institutions, and social analysis. Princeton University Press, Princeton. I’m indebted to Prof. Maureen O’Hara for illuminating this concept (a rare ray of insight from the dark world of finance).

Webinar digest: Issues and concerns when moving to the cloud
Scroll to top