A most powerful tradition – 187

Thomas C. SCHELLING won the 2005 “Nobel” Prize in Economics for his “having enhanced our understanding of conflict and cooperation through game-theory analysis”. In fact, much of his work found immediate application in arms control planning, in particular the use of nuclear weapons as deterrent. Unsurprisingly, his Lecture deals with 60 years of living with strategic and tactical nuclear weapons[1].

Prof. SCHELLING’s Nobel Lecture begins as follows: “The most spectacular event of the past half century is one that did not occur. We have enjoyed sixty years without nuclear weapons exploded (sic) in anger.” No nuclear weapons were used against other weapons-states, but non-weapons states too were spared – despite the fact that military technology had developed “tactical” weapons, which could have been used on the battle field. Faced with defeat in Afghanistan, Soviet Union chose to withdraw, rather than wager the war’s outcome on nuclear weapons.

While not reneguing on his game-theoretic work, Prof. SCHELLING credits this event on a “taboo”, an “inhibition”, an “attitude, convention, tradition” against the use of these weapons – he calls all this “legacy of Hiroshima”. It was an “intuitive response”, a “generic, an axiom” that “nuclear weapons, once introduced into combat, could not, or probably would not, be contained, confined, limited.” There was also a “more analytical response [which] took its argument from legal reasoning, diplomacy, bargaining theory, and theory of training and discipline including self-discipline”. Prof. SCHELLING views this rational analysis as an adjunct, a verification of the intuitive response, rather than the cause of the non-use.

I much respect Prof. SCHELLING for placing the “primitive and axiomatic” revulsion against nuclear weapons at the core of political decision-making. This “tradition” has been adopted by countries of different cultures, political systems, and levels of development – it seems to be a universal: “…there are perceptual and symbolic phenomena that persist and recur and help to make the nuclear phenomenon less puzzling. And I find it remarkable how these perceptual constraints and inhibitions cross cultural boundaries.” He is expert witness[2] to my conjecture that humans are not simply driven by rational expectations. 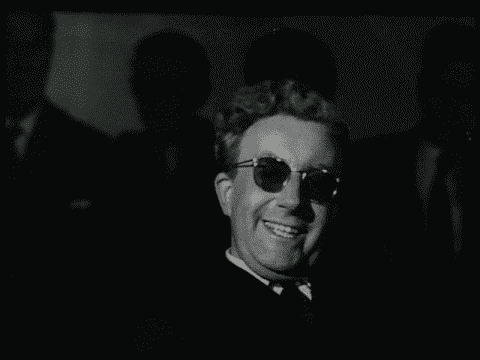 From a diplomatic point of view, I’d add, it is remarkable that the non-use of nuclear weapons against non-nuclear-weapons states was achieved by self-restraint and without binding international legal framework[3]. Diplomats may take note that universal and compulsory treaties may not be the only game in town.

Though coached in “game-theory” terms, nuclear deterrence in fact is the only game one cannot play. Inevitably this impossibility leads to stalemate and enshrines the status quo at the beginning of the game. Contrary to the original NWS – which joined the deterrence club without festering bilateral grievances – more recent entrants have sought nuclear-weapons status in order to redress the grievance. Whether the tradition will hold, is anybody’s guess. NWS should take the lead in the upkeep of the revulsion against nuclear weapons.

Showing the way in nuclear disarmament would be a first constructive move. Prof. SCHELLING has pointed out that nuclear weapons are essentially means: “what nuclear weapons have been used for , effectively, successfully, for sixty years has not been on the battlefield nor on population targets: they have been used for influence.” This to me would seem to be the harder – yet salutary – lesson for NWS to absorb.

[2]          His sense of humor might have saved him. Conversations between Stanley Kubrik, Prof. Schelling, and novelist Peter George eventually led to the 1964 movie Dr. Strangelove or: How I Learned to Stop Worrying and Love the Bomb.

[3]         Nuclear Weapons States (NWS) have made various pledges regarding Negative Security Assurances (NSA): each has been either non-binding, limited in scope, or qualified in some way are the promise of NWS not to use or threaten to use nuclear weapons against Non-Nuclear Weapons States (NNWS). In contrast, a Positive Security Assurance is a pledge by NWS to provide immediate assistance, in accordance with the UN Charter, to a NNWS that is the victim of an act or threat of aggression in which nuclear weapons are used. https://bit.ly/UdmEo1

When theory goes amuddling through – 186

From Diplomat to Twiplomat; Australia, “throw away the typewriters”;...
Scroll to top