You are here: Home1 / The irony of the Tang – Humor in Diplomacy

The irony of the Tang – Humor in Diplomacy

In the beginning Western art did not take easily to realism, irony, and caricature. Greek and Roman art was set mainly in the heroic and hieratic mode. Paintings of private homes of Pompeii and Herculaneum at times suggest the grotesque and numinous. Irony was but a hint – if at all. 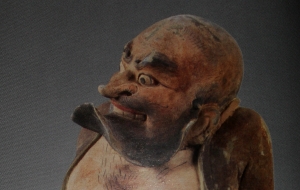 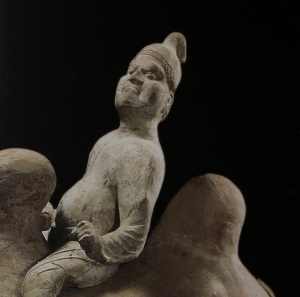 These figurines represent “foreigners”. Their realism also conveys “foreignness” – a sense of amused and superior distance on the part of the owner (the artist may well have been a foreigner). Or is it slight envy? Who knows?

Heian Japan, quite close to China at the time, also has much realist and some ironic art, including the first cartoon ever made[2]

The “origins” of these representations might go back to Buddhism. The fundamentally Universalist message of Buddhism was that anyone could enter nirvana. How better to signify the message than through the infinite diversity of the human expressions, including – nay especially – foreigners?

At a time when Charlemagne was smiting so many Saxon pagans that the Pope Adrian I[3], at loss for souls to proselytize, deemed his deeds “misguided zeal”, the T’ang were making of the “foreign” a signet element of their art.

Irony, humor and caricature are backhandedly inclusive. They provoke laughter, not derision. And laughter is the greatest solvent of division[4]  and alterity. Lore has it that Napoleon, considering a young and capable general for promotion, inquired: “Yes, yes I know he’s brilliant, but is he lucky”? I’d ask of any diplomat to be put in charge of a negotiation: “yes, but has he (self-) irony and a sense of humor?”

Water cooperation: The solution for regional conflicts in arid areas?