III – The disappearance of the concept of “recognition” – 180

While writing up the blog entries on Positive Deviance (see my 175 and 176) I decided to read Isaiah BERLIN’s famous essay: Two concepts of liberty[1]. BERLIN’s discursive style is always a pleasure to read, though at times it feels meandering and imprecise. He is right, in my view, to be wary of “Procustations” – definitions that have squeezed all reality out of the concept. 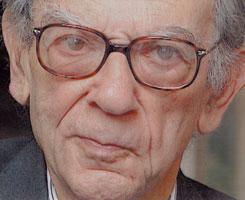 He discusses first (Part I – III) the limits of coercion of the individual (negative liberty). He then moves on to the notion of self-control and self-realization (Part IV and V), where he shows that the quest for objective truth may lead to oppression. His views on these two concepts have been largely distributed, discussed, and refined. The literature is ample.

To my surprise I discovered a final section (Part VI – VIII) which mainly deals with “recognition”. This section is not part of the many discussions on his understandings of freedom one can find on line – or at least it is not easily accessible. Ominously, the Stanford Encyclopedia entry for BERLIN mentions the concept in passing, at the very end, under the title “Nationalism”.

I’d venture the conjecture that the disappearance of BERLIN’s concept of “recognition” – he also calls it “social freedom” – is not innocent. It reflects current ideology about the absolute primacy of the individual; the dogma’s overarching goal is personal autonomy and the need for society to protect this search, if needed by ring-fencing the personal quest against the demands of the social group. This worldview implicitly rejects a view of humans as social beings.

BERLIN writes: “I am a social being in a deeper sense than that of interaction with others. For am I not what I am, to some degree, in virtue of what others think and feel me to be? (…) ..some, perhaps all, of my ideas about myself, in particular my sense of my own moral and social identity, are intelligible only in terms of the social network in which I am an element. The lack of freedom about which men or groups complain amounts, as often as not, to the lack of proper recognition.” (pg. 155)

In order to reconcile negative and positive freedom BERLIN transcends the concepts and recasts them in terms of what he calls “social freedom”. “Yet it is not with individual liberty, in either the ‘negative’ or in the ‘positive’ senses of the word, that this desire for status and recognition can be easily identified. It is something no less profoundly needed and passionately fought for by human beings – it is something akin to, but not itself, freedom; although it entails negative freedom for the entire group, it is more closely related to solidarity, fraternity, mutual understanding, need for association on equal terms, all of which are sometimes – but misleadingly – called social freedom.” (pg. 158) One can feel his passion for this concept – a feeling quite different from the detachment with which he picks apart the inconsistencies and paradoxes of “personal” freedom. BERLIN here brings together in a meaningful and mutually reinforcing sense the cry of the French Revolution: Liberté, égalité, fraternité.

Culture and community – the kit of society – have a bad press these days. Part of it is justified, for the concepts have been overlaid with an “organic” view – that culture and community can somehow coerce the individual or exclude ‘others’. The most blatant case would be unexamined tradition, whose tenets individuals are to follow blindly. Collective intentionality[2], however, is a living process – not an irreversible contract with the dead. Full participation in collective intentionality is freedom different from personal freedom, and one we neglect at our peril.

I’m bemused by the libertarians’ view that relations between individuals should be mediated by the market – that the fully autonomous individual should mechanically respond to positive and negative incentives (probably a genetic trait we share with capuchin monkeys[3]. Inner freedom comes at the price of social dependency – what a paradox.

Both libertarians and philosophers of ‘objective Reason’ leave the responsibility for the whole to external and objective forces. The only difference is that “the market” is invisibly and unpredictably steering a Panglossian course while “objective Reason” is visible to the Platonic élite. I’d like to disagree: social life is an evolutionary process[4] for which we may, to a certain (albeit limited[5]) extent, take responsibility.

My stance is not so much based on lofty aspiration for “human fulfillment” as matter of survival. We have created complex societies, requiring continuous experimenting and adaptation in order to survive. The best source of adaptation lies not with heroic ‘experts’ but with ‘wisdom of the crowd’. Here diversity is the key, as in all evolutionary processes. Constricting the individual to personal autonomy is the best way to negate his potential for diversity – which emerges through collective intentionality and finds recognition therein.

[2]          John R. SEARLE (1995): The construction of social reality. Free Press, New York.
[3]          In Michael SHERMER (2009): The mind of the market. How Darwinian Theory can explain human culture and synthetize the social sciences. Holt, New York. [4]          Alex MESOUDI (2011): Cultural evolution. How Darwinian Theory can explain human culture and synthesize the social sciences. Chicago University Press, Chicago.
[5]            Such limitations arise from the interplay of nature and culture. First, as we learn about our brain we realize the limitations of ‘rational thinking’ (so called Type 2 brain) – the machine is quite imperfect. Furthermore, a ‘sense of justice’ is already present in lesser primates. Mirror neurons may be at the source of empathy. We have culturally transformed and transcended such propensities, but we have not eliminated them.
DiploFoundation
0 replies