The Brookings Institution has published a long review article on eDiplomacy at the US State Department[1]. Much of the report is factual, interesting, but nothing in it indicates that e-diplomacy is going to transform diplomacy. Electronic means will be useful instruments in disseminating information, raising awareness, and all the humdrum things that make up “public diplomacy”: earthshaking they are not (at least as one can tell at the moment).

By the lights of the report, Facebook, Twitter & Co. will not so much shape as complicate or disrupt diplomatic work. So the report is defensive about “Real time diplomacy” (pg. 8 ff.). The author takes the Arab Spring Movement as an example and concludes: “even this slight delay probably dented the United States’ wider reputation in the region as a champion of democracy.” 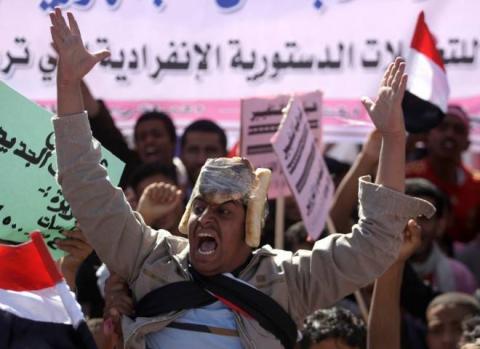 As they say – blame the messenger – here the instant messenger.

Ben Ali, Mubarak, Assad – one should not build a foreign policy on the unspoken premise that such persons will live forever, or that their succession is all in place and ready to go. Oaks seldom let other trees grow in their shade. Obama reacted to the emergent Arab Spring end of January 2011 by calling Pres. Mubarak to tell him “orderly transition must be meaningful, it must be peaceful and it must begin now”. He should have said so to his face after the speech in Cairo in July 2009.

In other words, it was not the “slight delay” as the US reset their policies that dented US reputation in the region, but its siding with “stability” long after it had degenerated into oppressive stasis. The US policy in the Middle East has favored the status quo at any price. Banking on enduring disconnect between one’s words and acts no longer works in a world of Twitter and Facebook.

A policy of unending stability is predicated on a “mechanistic” or reductivist view of the world. According to Newton’s first law: “Any object not subject to an external force moves with unchanging speed.” Hence the policy prescription: isolate the object from external forces, and everything will be all right.

The problem with this policy prescription is that forces of change are not external but internal to the object. The “object” in in fact a “living system”, within which there are “positive feedbacks”. Such dynamics is called “chaotic”. It would be better to call them “complex” or “emergent complex”: “unlike colloquial chaos, there turns out to be substantial order in mathematical chaos in the form of so-called universal features that are common to a wide range of chaotic systems.”[2] One calls these features “singularities” or “bifurcations”. One may not know when such unique events take place, or their eventual form – but that they’ll occur is certain[3].

Electronic communications have shortened the reaction times as they amplify positive feedbacks. Social systems have become volatile. The task is not how somehow to manage volatility once one is in the middle of the media-storm, but how to avoid being caught in it to begin with. Complacency and inertia – the old bromide of “steady, as she goes” no longer are the answer. Nor are belated large-scale interventions that destabilize the system further eventuating “blowback”.[4]
One place to start may be to reflect whether the old and true systems of large and permanent alliances are still viable, or whether some form of “circuit breakers” should be introduced. The current escalation of claims and counterclaims between Japan and China over the Senkaku or Diaoyu Islands is a case in point. Born out of internal political considerations in Japan, but played out against China, this conflict is pulling the US, as ally of Japan, into a situation where its degrees of freedom may be curtailed against its will. Will the Japanese tail wag the American dog?

What I regret is the enormous time invested in “managing” the “breaking event” – the viral phenomenon of electronic communications – rather than focusing on the root causes. But then, we do tend to blame the messenger – don’t we all?

As a bemedalled general might have muttered: “The question is not why I was caught with my pants down, but why I had them down in the first place…”

The story of evolution of diplomacy: with e-diplomacy coming inWitter – Twitter – 193
Scroll to top