Should we not take advantage of today’s “tradition” of aversion against nuclear weapons – I’ve highlighted this “taboo” in my 186 – to go for nuclear disarmament? A friend asked me this question. I’m not an expert on this issue, but I can contribute three considerations.

Liminary remark first: Things have changed. For one, deterrence has become a “three (main) body object” – a far more unstable condition than it was when nuclear arms were first introduced.

In his Nobel Lecture Prof. SCHELLING made a remarkable point. The overall arms race between Cold War participants included both conventional and nuclear weapons. The West privileged nuclear weapons at first – creating a dangerous unbalance, which might have forced the US to resort to their use in the event of a conventional attack. As of 1960 both sides strengthened the conventional capability, making such a conventional war credible. Nuclear weapons were no longer a strategic necessity, but an option. Prof. SCHELLING sums it up this way: “Arms control is often identified with the limitations on the possession or deployment of weapons that it is often overlooked that this reciprocated investment in non-nuclear capability was a remarkable instance of unacknowledged but reciprocated arms-control.”

Secondly, it was a tank numbers game then – and all sides had hands-on experience with that kind of conventional warfare. The generals could assess the “chances of war”. Conventional warfare meanwhile has gone “smart” (star-war, cyber-war, toy-war, information dominance). How smart is anyone’s guess, but this novel qualitative aspect makes military planners uneasy. By comparison nuclear weapons look dependably destructive, and welcome as a “safe” backstop – just the role they had before 1960. Iit is counter-intuitive, but“going smart” may not be a smart idea after all.

Thirdly, focusing on reducing nuke numbers can be an exercise in strategic blindness. Here an example. At the Washington Conference in 1921 states agreed to limit the overall tonnage of their capital ships. The Treaty was hailed as a milestone toward peace: no guns, no war was the all too easy topos. Few people read the fine print: the US had promised Japan NOT to strengthen its defenses in Guam and Manila leaving its Western Pacific possessions vulnerable to Japanese attack. When Japan occupied them in 1941 it was able to complete a ring of outlaying defenses around Japan – an impregnable position. One may argue that the US concession in 1921 enabled the war between the US and Japan[1] by strengthening Japan’s strategic position. Context matters. 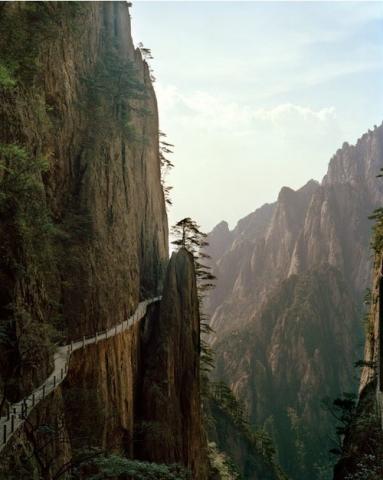 The road to nuclear disarmament is not a four-lane highway to eutopia, where distance from the goal is marked on road-side panels in terms of weapons destroyed. It is a crooked (and highly path –dependent) trail weaving its way past many dangers.

Non-nuclear states may well take the initiative in proposing nuclear disarmament. They’ll get side-lined rapidly by the onslaught of complexities derived from devising the actual path; they may soon be relegated to role of hapless (possibly clueless) spectators or Monday-night quarterbacks

[1]          Hector C. BYWATER, a British journalist, analyzed the strategic position in 1925 and predicted the whole course of the Pacific War in a thinly disguised novel. Roosevelt, who has been Undersecretary for the Navy during WWI, thought war had become impossible: the two countries would just “make faces at each other” across the unbridgeable expanse of the Pacific Ocean. See: William H. HONAN (1991): Visions of infamy. The untold story of how journalist Hector C. Bywater devised the plans that led to Pearl Harbor. St. Martin’s Press, New York

From Diplomat to Twiplomat; Australia, “throw away the typewriters”;...