The darker side of diplomacy rev. 007

I’ve long argued that teaching diplomacy is an exercise in Pollyanna-type thinking as long as one major aspect goes unacknowledged: the “darker side” of diplomacy. In fact, it was one of my very first blogs: number 07 https://deepdip.wordpress.com/2008/06/16/the-dark-side-of-diplomacy/

Here now the first judicial review of the misuse of “diplomatic immunity” to carry out “extraordinary renditions” in a foreign country.

I’ll leave it to Jovan to analyze the case and the implications – and hopefully paint a more realistic view on the functions of diplomacy.

Published on Thursday, September 20, 2012 by The Guardian/UK
Italy Upholds Rendition Convictions for 23 Americans
Ruling is world’s first judicial review of CIA practice of abducting terror suspects and transferring them to third countries
by Andrea Vogt and agencies

Italy’s highest criminal court on Wednesday upheld the convictions of 23 Americans found guilty of kidnapping a Muslim cleric from a Milanese street and transferring him to a country where torture was permitted. The court of cassation’s ruling is the final appeal in the world’s first judicial review of the CIA practice of abducting terror suspects and transferring them to third countries, a practice also known as extraordinary rendition. 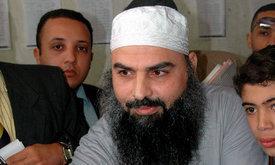 Osama Moustafa Hassan Nasr, also known as Abu Omar, claims he was tortured in prison in Egypt after being kidnapped in Milan. (Photograph: EPA) The 23 Americans were all convicted in absentia following a trial that lasted over three years. The verdict paves the way for the Italian government to seek redress and could put the Americans at risk of arrest if they travel to Europe. […]

Mark Zaid, a US lawyer representing one of the prosecuted women, said the court ruling damages the integrity of the system of diplomatic immunity.

Hot topic: no shortage of reports on public diplomacy

170 – Are we all Red Queens now?Links we liked
Scroll to top