You are here: Home1 / Against “theory” in international relations (Are democracies...

Against “theory” in international relations (Are democracies peaceful?)

Among the “theories” that litter the field of international relations the “democratic peace theory” holds pride of place. Not only has the subject been painstakingly researched for verification; the theory has informed much current political thinking in the field. 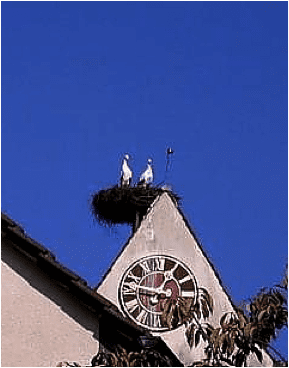 I shall tread lightly – lest I be accused of repeating myself – on the epistemological fact that correlations never metamorphose into causalities. Storks do not bring babies, no matter how often we observe the “fact” that storks live “upstairs” on the roof or chimney and babies “downstairs”.

But let’s follow the intellectual path of this idea that democracies are peace-loving for a moment. “Kant foreshadowed the theory in his essay Perpetual Peace written in 1795, although he thought that a world with only constitutional republics was only one of several necessary conditions for a perpetual peace. Kant’s theory was that a majority of the people would never vote to go to war, unless in self-defense[1]. Therefore, if all nations were republics, it would end war, because there would be no aggressors.”[2] (Kant never used the term “theory”, incidentally: qualifying his argument as “theory” as in “Kant’s theory” endows it of authority and truthfulness the author never intended – so much for subliminal manipulation).

Kant’s remark was little more than an argument from “common sense”. In essence, it says, people will never vote to self-destruct. Well – you’ll be surprised.

At the dawn of WWI a referendum held in any of the major democratic countries would have endorsed war[3]. Why? Why would people vote for war, if properly primed by politicians? Economists would probably call it a “voting externality”.

People “knew” that their chance of dying in war was minimal: no one expected the war to turn out as bloody as it did – everyone anticipated war to be short as decisive, as in 1870, when Germany defeated France in a couple of battles. In the event, the chance of being killed in the bloody battles of WWI eventuated at a “paltry” 0.44%[4]. On being asked in 1914: “would you take such a chance of dying in order to bring down the “enemy”?” a majority would probably have answered yes. The democratic majority voted in favor and the draftees went into battle to die. Benefits and costs of the decision did not match. Whenever this kind of “voting externality” emerges, democratic voting will be skewed.

This inherent conflict meanwhile has been deepened and formalized in democratic countries: the draft has been abolished. Voters and parliamentarians are legally (if not financially) shielded from personal consequences of their choice to go to war or not. Wars (of all stripes) are carried out by “economic volunteers”[5] and private contractors – though we may label them “professional armies”.

So Kant’s plausibility argument does not hold up to even casual inspection nowadays – just like the quaint tale of storks and babies. It should have been consigned to the “dust-heap of international relations thinking”.

This is not what happened: after WWII research tried to affirm Kant’s observation and transform it into “theory”[6]. “Most research has gone into studying dyadic peace, that democracies do not fight one another. Very few researchers have supported the monadic peace, that democracies are more peaceful in general. There are some recent papers that find a slight monadic effect. Müller and Wolff (2004), in listing them, agree “that democracies on average might be slightly, but not strongly, less warlike than other states,” but general “monadic explanations is neither necessary nor convincing”.[7]

Note the sleight of hand. The sweeping “democratic peace theory” has been redefined to cover relations among democracies only. The field of application of the “theory” has shrunk significantly. This restrictive qualification is not being advertised in political circles. In so doing the good ship “democratic peace theory” has foundered on the shoals of realism. Non-democratic countries exist, so wars will happen. Either non-democratic countries fight each other, or democracies will need to defend themselves from non-democracies. Wars will continue one way or the other.

How does one rescue the “democratic peace theory” from the shoals of irrelevance to the real world? By doubling the bet and boldly going for utopia. If facts won’t, faith will save it. From asserting that two democracies do not fight each other the theory concludes that if all countries become democratic, world peace will break out.

Let utopia be the goal of international relations. We can either wait for utopia to eventuate, or we can hurry it along. We preach and teach democracy with religious fervor. And if our good arguments don’t win the day – well, force might just do it. There is a choice of justifications for muscled intervention: they range from “for good of future generations” or “to stop bad things from happening”. The “democratic peace theory” has become the servant of ideology.

My main concern here is with the perverse use of the term “theory”. In science a theory describes “inevitability”. The apple inevitably falls to the ground. Hence I can measure and construct the theory of gravitation. No inevitability – no theory.

A corollary: the direction of time does not affect predictions based on inevitabilities. The theory of gravitation allows us to calculate where the earth was 1000 years ago, or 1000 years into the future. If the phenomenon we observe, however, has a history – if time has a clear direction – neither the past nor the future are inevitable. If we rewind the tape of history and let it out again, the outcome will be different. This is what one calls “path-dependent outcomes”. The claim that history can be described by “theory” is fatuous. Theory and contingence are incompatible.

Social sciences have developed an acute case of “theory-envy”. They crave the unassailable authority “theory” bestows on its user. Assertions, conjectures, plausible arguments are now strut about in “theory” clothes. Most books in this area come with a “theoretical framework” – just read the back cover blurb. Mostly these “theories” are as impenetrable as they are irrelevant. In fact, I’ll establish a correlation between the two.

[1] “[I]f the consent of the citizens is required in order to decide that war should be declared (and in this constitution it cannot but be the case), nothing is more natural than that they would be very cautious in commencing such a poor game, decreeing for themselves all the calamities of war. Among the latter would be: having to fight, having to pay the costs of war from their own resources, having painfully to repair the devastation war leaves behind, and, to fill up the measure of evils, load themselves with a heavy national debt that would embitter peace itself and that can never be liquidated on account of constant wars in the future”

[3] In fact Italy entered the First World War as a matter of choice and after having secured for itself maximum spoils in the secret Treaty of London. https://en.wikipedia.org/wiki/Treaty_of_London_(1915)

[5] The use of the term “mercenary” would be legally inappropriate. For the definition of a mercenary see Art. 47 Additional Protocol to the Geneva Convention of 1977; see https://en.wikipedia.org/wiki/Mercenary. Though many soldiers of democracies these days are nationals of “the party to a conflict”, their motivation is prominently economic. This is even clearer for “private contractors”.

[6] Democratic peace theory is a well-established research field with more than a hundred authors having published articles about it. Severalpeer-reviewed studies mention in their introduction that most researchers accept the theory as an empirical fact. https://en.wikipedia.org/wiki/Democratic_peace_theory