I’ve just come across a case of human-made evolution, and I want to share it with you. Those who have more curiosity, or time, can see the whole story on the net[1]. Others may get the just of it – and my reflections – below.

Unilever makes powder soap for your washing machine. The process begins with mixing of component liquids. The liquid is then sent at high speed through a nozzle and your soap powder emerges. Only, Unilever’s original nozzle was inefficient. I don’t know whether we know more about the dynamics of fluids through a nozzle today than in those days. Then in any case improvements were “hit and miss”. Steve Jones, since then a highly respected evolutionary biologist, set out to discover “hit and miss” improvements in a systematic way.

He took the nozzle and started changing it in random ways. He tested the randomly changed nozzles, threw out the bad ones, and only kept the “good” ones. And so on, for 45 iterations. At the end of the process he had a nozzle that was over 100 times more efficient than the original one. I don’t know how long it took him to do this. Let’s assume that each iteration took a week: in 45 weeks – less than a year – Jones would have obtained the welcome result. May be it took a few weeks less, may be a bit more, but if I know my corporate bean-counters, they did not let the game play out overlong. 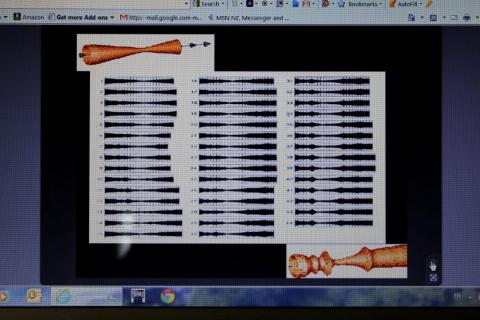 Well, one must be patient, that’s for sure. But there was hope along the way – minimally, but measurably, improvements were taking place. The outcome was highly superior to the starting position. Also the result was totally unexpected. No one, given the knowledge of the day, could have designed the improved nozzle or shown it to be superior to many other designs. Not only was the outcome better, it was also robust.

Jones knew nothing of nozzle design – yet he achieved Unilever’s goal. Would a team of clever nozzle specialists have done a better job, or done it faster? I’m not sure. They may have tinkered with less than radical designs based on their limited knowledge and achieved less in the end. At times it pays to be ignorant but curious rather than slightly knowledgeable but narrow-minded.

Now assume that Unilever had set out a prize for the best nozzle design. 45 different people would each have taken one of the original nozzles, and tinkered with it. At the end of the game, someone would have come out as big winner. Was he superior to the others, or just the lucky one left standing after all others failed? If all the lottery tickets have drawn a blank – the last one wins the big prize. Is he in any way special?

Variation, selection, discarding the unfit. This is how nature works and – I suspect – how much of technology evolves. Every genius mightily profits from the mistakes of others. When an idea is in the air, sooner or later someone will stumble on it.

Any other lesson? Yes – beware of “best practice”, as we all love to introduce it in our firms, hospitals, and schools, Once introduced, “best practice” tolerates little local adaptation, or tinkering with the guideline. If the aim is to stop slackness, it’s fine. But “best practice” may not be God’s revealed gift to mankind: it may just be the best under the circumstances, and in need of improvement. By imposing strict guidelines best practice stops injection of local improvements cold: it is the killer of “positive deviance”[2].

“Positive deviance” is founded on the premise that “at least one person in the community, working with the same resources as anyone else, has already licked the problem that confounds others.” There is always room for improvement, and positive deviance may be leading the way. “Best practice” can be its own worst enemy: it is wholly static; it is based on the assumption that selected experts know it all – and forever (or until further notice). Be on your guard.

PS – My hat off to Unilever, who did the counter-intutive thing and hired a perfect stranger to the task.

Links we liked172 – The power of randomizing
Scroll to top