You are here: Home1 / 155 – Are democracies drifting toward “psephocracy”?

155 – Are democracies drifting toward “psephocracy”?

The sociologist Ashis Nandy, one of India’s most respected public intellectuals, recently lamented in an interview that India’s democracy has devolved into a “psephocracy” — a system “totally dominated by electoral victories and defeats,” as he defined it. “The moment you enter office, you begin to think of the next election.”[1]
I’ve heard similar criticisms of Western democracies, so this phenomenon is worth a bit of reflection. The political “caste” is widely disparaged as utterly self-absorbed (in political games and corruption) and distant from the concerns and aspirations of the common people. Populist reactions to this state of affairs abound. So far they soon deceive: once the “new man” reaches power he just bullies his way to the best place at the trough. What is happening?

I’ve found a good pointer for the emergence of this phenomenon in one of Harvard Professor Michael J. SANDEL’s books[2]. He argues that modern democracies have moved toward what he calls “procedural” democracies. This shift has consequences.

“Procedural” democracy is a political philosophy which states that “the state should provide a neutral framework of rights within which people can choose their own values and ends.” “Consequently, governments should not affirm, through its policies and laws, any particular conception of the good life.” (pg. 9; see also Chapter 23). “Rights-based liberalism begins with the claim that we are separate, individual persons, each with our own aims, interests and conception of the good; it seeks a framework of rights that will enable us to realize our capacity as free moral agents, consistent with similar liberty for other.” (pg. 151). In other words, we are best on our own; putting John DONNE on his head: “each man is (best) an island” (no comment). 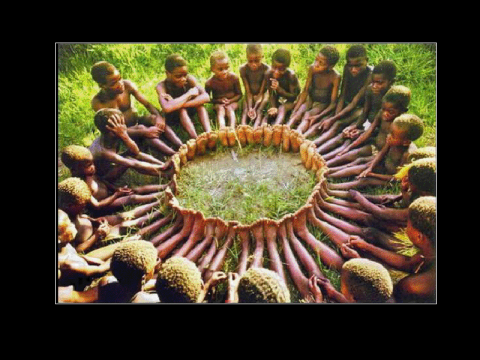 In this view rights of the individual are inherent in the person and define his “liberty”. “Liberty” then is defined in opposition to democracy as an individual’s guarantee against what the majority might will on him resp. deny him (pg. 125). “Justice” in this context no longer has ethic content – it is only concerned with securing the rights. By making “right” a moral category prior to society it has given it a transcendental or immanent character.

This is of course a very summary view of “procedural” democracy. Its intellectual origins hark back to Kant. In modern times John RAWLS formulated a version based on “reasonable empiricism”. It had become the prevalent political philosophy by the middle of the last century[3]. It is also a very recent philosophy – for which precursors were invented[4] (i.e. also in political philosophy there are no “begats” – just contingencies).

Political theories are enablers. They can linger for centuries somewhere in the collective consciousness, only to become “main stream” when political conditions are right. I suspect that the emergence of the “procedural” republic was an intellectual and political reaction to the claims of secular totalitarianism to control of all aspects of the individual and the society[5]. It emerged also from the assertion of rights by discriminated minorities, who had been oppressed by majorities (the experience of the Holocaust and Jim Craw is probably historically important here).Furthermore, it has picked up – by analogy – theological strands and circular arguments[6] as its arguments were vulgarized.

An unintended consequence of this novel public philosophy is that it voids the political process of much of its content. If rights[7] are transcendent and antedate the state, and “individual rights are always trumps” the state’s only (and subsidiary) duty is to create resp. adjust the “neutral framework” – once and for all. The state’s role ought not to be substantive, but strictly procedural. Given such premises recognition and adjudication of rights by the Courts may be a better and quicker method of securing the legal framework than the political process, whose majority rule structure inherently predisposes it to impose the majority’s will on the individual. Their assertion in court is best protected from claims that his rights be sacrificed for the sake of the general good.

In such a framework the main role of the state is to promote prosperity and fairness in the distribution of its benefits. Here too the role of politics has withered: market ideology argues that property rights and markets automatically best secure prosperity and fairness. Never mind that property rights are a historical contingency and the market mechanism cannot correct unjust “starting positions”; or that markets are far from perfect and subject to political manipulation.

Given such premises, I’d conclude citing SANDEL “power shifts away from democratic institutions and toward institutions designed to be insulated from democratic pressures, and hence better equipped to dispense and defend individual rights (notably the judiciary and bureaucracy[8]).” (pg. 172) The state ought to become a technocracy. No wonder that politicians like Berlusconi have raised the flag of “liberty” and proposed themselves as “politician-managers” – time-limited dictators without ideology.

Given this philosophy – what is the political process left to do? In a radical view it might self-destruct, lest democratic processes oppress the individual. We are not ready to dispense with democracy altogether – yet. POPPER argued that “democracy is about throwing out the rascals”. So the rascals in power will concentrate on securing re-election. What else have they got to do?

[1]          See: Basharat PEER (2012): India’s broken promise. How a Would-Be Great Power Hobbles Itself. Foreign Affairs, May/June. https://www.foreignaffairs.com/articles/137530/basharat-peer/indias-broken-promise
[2]           Michael J. SANDEL (2005): Public philosophy. Essays on morality in politics. Harvard University Press. Cambridge. [3]           In his chapter “Moral argument and liberal toleration. Abortion and homosexuality” SANDEL neatly highlights how the concept of “right to privacy” moved from the first USSC decision in the matter – to ban intrusion into the bedroom to verify whether a couple used condoms or not – to later decisions about people’s inherent right to choose how to express their sexuality, or women ‘s right to autonomously to decide about their body.
[4]           In the realm of human rights see e.g. [5]           We find precursors of this thought in PLATO and Jean-Jacques ROUSSEAU, who would have been quite surprised by use that later generations made of their theories.
[6]           A good example is the concept of “freedom”: in much political discourse it has been severed from the issue of “freedom to do what”? At this point the discussion withers to religiously tinged assertion of principle. [7]           We encounter here ARISTOTLE’s objection to PLATO’s definition of “idea”. Is there an idea of the wheel before the wheel was invented? Is there a right to freedom of the internet prior to its invention? Or are these rights articulation of larger rights, an ever-ending and ever-expanding cascade of derivative rights?
[8]           Once choice criteria for public projects are rationally defined (e.g. benefit/cost ratio), their ranking is a bureaucratic matter.
DiploFoundation
0 replies