The great merit of LoG was to have exploded the whiggish myth that humanity’s doings always improves on “nature” and is inherently benign. This myth presided over many a massive transformation of the landscape, all done without any thought to the consequences, or even awareness that feedback loops might emerge. 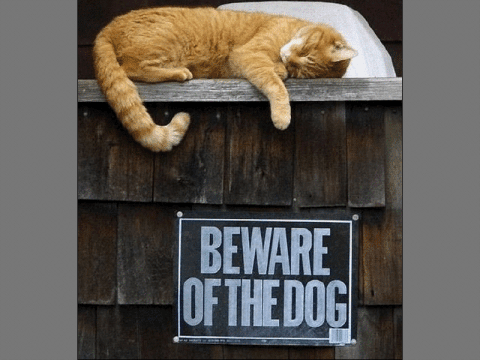 The wake-up call was needed. The associated alarmist tone of impending global catastrophe, however, distorted the ensuing discourse in major ways – and created new myths in the process. These distortions still reverberate – often subtly. Here some examples, which have much in common with LOMBORG’s view, though my angle may be somewhat different.

Painting the threat of looming catastrophe on the wall tends to trigger specific (and regrettable) reactions.

When in dire straits the Ancient Romans appointed a dictator. Was it the better strategy? We’ll never know. We practice affirmation bias: we celebrate captains who saved their ship from disaster but we ignore how many drove their vessels to their doom and thus never came back to tell the tale of autocratic blundering. So we believe in solutions that match the challenge (the alternative being e.g. that we may achieve “big” effects by quietly replicating “small” solutions).

Population control is a good example. Whether the “one child policy” of China, or India’s sterilization program found part of its intellectual origins in LoG we’ll never know. Their ruthless implementation created high human costs. Their demographic impact will reverberate far into the future. The long Western experience that poverty reduction in general and education (in particular education of women) tend to reduce fertility was discounted. If it was discussed at all, most likely it was judged to be too slow, too unpredictable. Direct action trumped adaptation and we privileged “shooting” the target rather than “working toward it”.

A collateral effect of centralized policies is their coarseness. Like in a game of “Chinese telephone” only simple choices have a chance to survive the length of the chain of command. The outcome is often simplistic and maladapted[1].

I would not dare to judge which approach would have been better at the time – but I regret the centralizing and autocratic bias in policy, to which the alarmism of LoG contributed. I’d concur with LOMBORG that LoG might have implicitly shrunk the scope of the possible and the horizon of the imagination.

Here an old Chinese adage: “a march of a thousand li begins with a first step”. How true. Unless the “first step” is all we do – or this step is in the wrong direction.

LOMBORG argues against many environmental policies that LoG has spawned. In a rush do “do something” policies were adopted which, though certainly useful, were not the most effective, had all options been weighed rationally.

If “saving lives” from pollution is the overall goal, he rightly argues, air pollution abatement[2] would have been far more effective in terms of human lives saved than recycling, or even control of “noxious” pesticides. A current example of tokenism is the rush to produce fuel from cereals and sugar cane to mitigate C02 output without reflecting on the implication of this new demand on food prices.

Easy policies were chosen because they showed “political commitment” – they were symbolic. Symbols, however, tend to take on a life of their own and escape rationality. Though merely a token or a means, symbols signify “the whole” and henceforth become unassailable (I’m abstracting here from the private interests that incrust any policy). The symbolic means replace the goal, and we never query it forthwith (we’d rather not “lose face” that be effective). Symbolic policies trump effective policies – and inferior path-dependent outcomes ensue.

LOMBORG’s general point – that we should give all policies an even break – and not just lick a few that are “sexy” and “easy”, but contribute little to the ultimate outcome, bears reflection. A policy of “easy steps first” may waste critical time. If we want to climb Mt. Everest, climbing the hill next door because it is an “easy” step in the right direction may not be very helpful.

All too often, it seems to me, we rush into the generous gesture – without follow-up. Democracies are particularly prone to tokenism and symbolic gestures – I may call it short-termism. We have here a self-fulfilling prophecy. Symbols are meant to signify commitment. The longer we dwell on symbols, the more we delay implementing the commitment. Hence the need for further symbolic action to symbolize the commitment.

Here is what LOMBORG has to say: “Alarmism creates a lot of attention, but it rarely leads to intelligent solutions for real problems, something that requires calm consideration of the costs and benefits of various courses of action. By implying that the problems the world faces are so great and so urgent that they can be dealt with only by massive immediate interventions and sacrifices — which are usually politically impossible and hence never put into practice — environmental alarmism actually squelches debate over the more realistic interventions that could make a major difference.” And I could only concur.

As an agronomist I might make one example: genetically modified organisms (GMO). The promise of GMOs for increasing food production is significant[3]. No wonder some companies rush to produce them and push them down the throat of an unprepared populace. The discussion has become mired in theological issues[4] as well as economic ones[5]. Biodiversity is another justified concern. Both alarmism and corporate greed are poor counselors, and we should try to elide both of them from the deliberations.

To the question: “will civilization survive?” I have no answer, of course. I strongly believe in the law of unintended consequences, however. I’ve read too many Greek tragedies in my youth, I’m afraid. By trying to avoid fate we edge closer to fulfilling it. I’d rather stake the future on enablers and rational deliberation, rather than policies dictated by alarmism – or greed.

But that’s just an opinion, of course.

[1]           LOMBORG rightly makes the case of DDT. The “simple” policy – worldwide ban – turned out to be simplistic, preventing many a useful if limited application, e.g. against malaria, or other tropical disease vectors. Once such a simplistic policy is in place, however, adjustment to local conditions is an up-hill battle.

[2]           In the West it may be outdoor pollution. N the “rest” it is indoor pollution: smoke from using dung or green wood for heating. Here in particular a decisive policy would have saved millions of lives yearly.

[3]           In blog entry 144 I referred to the fact that in the last 8 million years genetic change in mainly tropical “grasses” – maïs and sugar cane are examples – made them better photo-synthesizers than the established ones. The “C4”plants began replacing the “C3”. They displaced forest – and changed the climate – through complex feedback mechanisms involving fire. Genetically grafting “C4” photo-synthetic mechanisms into “C3” crops may yield substantial productivity increases.

[5]           Main issues are the rights of private entities to patent GMO and the impact of such seeds on rural development.

153 – “The Limits of Growth” forty years thereafter – I155 – Are democracies drifting toward “psephocracy”?
Scroll to top