I’ll admit to a disinterest – I do not watch Olympic Games (and very few professional sport events). 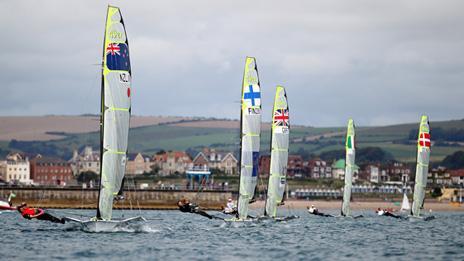 When the tally of medals happened to appear on the screen, I glanced at it distractedly. Two events struck my interest. First an Italian long distance athlete was barred from competing, having been tested positive for drugs. He was savaged in the Italian press and cast out in ignominy and infamy. On the last day or so a Belarusian women’s shot put gold medallist was stripped of her medal on the same grounds as the Italian lad. She may have been spared the press lynching in her autocratic country. Upon returning home she plunged unseen into anonymity of her surroundings – a failed “state hero”. It must have been very hard, after all the excitement of the Games, and without even the consolation of the medal.

As a contrarian I instinctively tend to empathize with the down-trodden. “What’s really wrong with doping?” I asked myself.

Let’s look at the case of this be-medaled Australian swimmer: his university developed software to film, analyze, and optimize his swim technique. Professional tennis players have dedicated assistants who analyze for them the game of competitors and extract from the findings all possible information: weaknesses, strengths, techniques and tricks. One need not speak of the troop of doctors, masseurs, trainers, minders, and what else that makes up a huge corona surrounding the successful athlete. Scientific American now informs me: “Sports Psychologists Extend Their Counseling to Athletes’ Coaches and Families”[1]. And I’m not speaking of the business manager who deals with sponsors and can turn the athlete into a millionaire overnight.

While sport still is an intensely personal affair (it remains an individual or team-effort), it has long ago stopped being an individual endeavor. Top athletes train and travel with a corona of assistants; they only step out of this cocoon as they walk to the starting line and walk back into it at the end. Paying for the corona involves governments, teaching institutions, sponsors, private patrons, and who else. I’ve not seen even a rough estimate of the cost of such coronas, or how much it “costs”, on average to win a gold medal nowadays.

Do we get better sport? I’m not sure – is humanity in any way “better off” now that the 10’ barrier has been obliterated? You tell me. The higher level of performance in any case reflects the fact that the athlete “stands on the shoulders of his trainers”. A lot of potentially good athletes, nay may be better ones, may have been left behind for lack of such support. Unless adopted as celebrities by the “first world” athletes from “the rest” may never achieve their true potential. If one looks at the results in tennis over the last few years, it is striking how only a handful of athletes dominated the game. Are they really that much better than the competition – or simply surrounded by a better corona? I don’t know. We’ll never know.

What about doping? Exactly. Doping is forbidden – as “performance enhancer”. Doping was historically the first such enhancer. It was scorned. It was right – then. Now there are so many enhancers – overt and covert and all “legitimate” despite their distorting effect. Is a good trainer not a “performance enhancer” as well? What about top surgeons who can patch an athlete together and put him in the field in no time flat – or even carry our preventive surgery?[2] And what about a network of “enhancers”, where its components act through synergy collectively rather than separately?

In doping, furthermore, detection has spawned a counter-industry of concealment. Most likely, only the dumb get caught: smart ones have a whole lab to ensure that “performance enhancers” stay just within a hair-breadth of the rule. Or the medical advisors take athletes into uncharted territory – uncharted that is until the rules catch up (and the past is grand-fathered).

I do not propose to condone doping, or advocate its liberalization. It seems to me that the time is approaching, however, where we may reflect on the ever-growing size of the corona that surrounds athletes. The corona distorts performance far more than any doping agent ever will. Could we do something to counter this trend? One could say imagine a “handicap” geared to the corona’s “size”.

Simply confronting the problem would be a step in the right direction. We might consider restraining competitive hubris, where only the extreme is good enough. I’m far from religious. I do, however, have some instinctive sympathy for the religious anthropology of the Jewish Sabbath: “On the Sabbath, one may not stand over and against the universe as a Promethean figure… The halakhic notion of the holiness of the Sabbath aims at controlling the human impulse to mastery by setting limits to human dominance of nature”.[3]
Maybe it’s time to declare a Sabbath from competition at the Olympic Games. In four years’ time we might wish to celebrate its communal rather than competitive dimension – just for once, or as an experiment.

What do you think?