Michael SANDEL – a professor of justice at Harvard, has written a book on the issue of “whether money should be allowed to buy everything”[1]. I did not like the book much – long on hoary examples (over 100) of money being allowed to intrude in areas where money was excluded until now. It was short, however, a framework for reflection and allow the policy maker to address the issue in a rational and fair manner[2].

Without having the ambition of providing such a framework – I’m too lazy for that – I might help sort out some of the problems. SANDEL’s list is a hodgepodge, and a bit of categorizing might assist better minds to focus on real issues rather than deal with distractions. 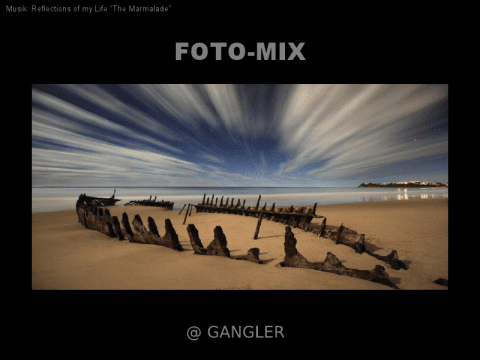 Let me begin with what I consider a distraction – a “false” issue.

SANDEL brings up the case of “standers” in queues at Congressional Hearings who, against a consideration, yield their place to lobbyists willing to pay[3]. Equivalent examples are: scalpers who hog tickets for theatrical performances and then sell them to latecomers. “Premium Passes” that allow holders to “jump the queue” at X-land might qualify. Should such allocation principles be allowed?

What’s common to all is a failure in the conventional pricing system. Micro-economic theory stipulates that the sale price should equal the cost of producing the last additional unit of the good on the market: price = marginal cost. This is fine by me.

But the “price” of a seat to a Congressional hearing goes all at once from 0 (when the meeting room is empty) to “very high” once the capacity of the hall has been exceeded. There is no way to increase supply of seats at the margin to let the market play out. We have a discontinuity – which is some sort of “market failure”. Original paintings are other examples; so are visits to Museums or amusement parks (past their capacity).

There are various ways of allocating “absolute” scarcity and everytime where supply cannot be increased to match demand. One is the rule “first come first served”. Allocation by lottery could be an alternative: it is inferior to queueing in that the latter in some way expresses the person’s “willingness to pay” – in free time lost when qeueing up. Precedent is another – rather elitist – allocation model: season-tickets to a theater are offered first to incumbent holders. For works of art auction is often used.

Whenever such a system is in place, tolerating or even allowing standers or scalpers creates problems. The first one is that we allow people to use two “currencies”: one can get into the Hearings either by standing in the queue or by paying. Too many standers in the queue debase the “currency” of standing in line. We have moved away from money “bimetallism” (gold and silver currency) precisely because some merchants were getting rich from playing one kind of bullion against the other[4].

Furthermore: the income from the sale should go to the service producer – we all agree. So, if Congress sets a “price” on attending its hearings, it should pocket the money. It is unseemly that the primary beneficiary having waived or limited this right, the residual income be pocketed by a private third party[5]. This is the line against “profiteering”, when a disruption in the regular supply of bread allows speculators to make a windfall profit.

Technology may in time overcome “absolute scarcity” and allow agreed changes in allocation rules – even introduction of market prices. With TV providing excellent coverage of sports events I’d be less concerned about the “skyboxification” phenomenon in contemporary stadiums. If a corporation wants to pay for them, so be it. The fan has an adequate surrogate; die-hard fans may disagree.

To sum up: we may choose any allocation device we wish (price, standing in line, lottery), but once the choice is made we should stick to the agreed rules and not belatedly allow competition between them, thus troubling the allocation system. That would be equivalent to moving the goalposts during the game. The argument “markets and market incentives simply add extra options to human affairs” is spurious in this context.

The “market failure” issue of the Hearing is reproduced at a “higher” level. Legislators’ time has absolute limits. How should “access” be regulated?

Legislators have been mandated to set the rules for all. It follows from this concept of political life that no single group should be allowed to monopolize legislators’ time. At this level of generality, which rules should apply (lottery, queuing, or sale of “quality time” with the legislator) becomes one of having a “well-functioning” democracy. A system, however, which toys both with “one man – one vote” and “one dollar – one vote” is skidding toward disaster, in my view, simply because the rules of the game are subtly and surreptitiously changed.

How to deal with this kind of issues will be the subject of another blog entry.

[2]           See: Jeremy WALDRON (2012): Where money and markets don’t belong. New York Review of Books, August 16th. In a roundabout fashion, WALDRON confirms this judgment. He comments “I think [SANDEL] wants to open the discussion up rather than nail it down”. Between a simple “opening” and the ultimative “nailing it down” there is, however, the “framing the discussion” in such a way as to facilitate rational analysis.
[3]          “Congressional hearings are open to the public, but space is limited on a first-come first-served basis. Many Capitol Hill lobbyists say that they are too busy to wait in line: queuing, it is said, “discriminates in favor of people who have the most free time.” The “standers,” apparently, are mostly retirees or, increasingly, homeless people. They accept $15–$20 an hour to wait in line and then, as the time arrives for the hearing to begin, their suited clients hook up with the them, and many ordinary citizens who have been patiently waiting for a seat are crowded out by the well-funded lobbyists. [4]           A goodly part of the embarrassing riches of the Dutch arose from the fact that in China silver was valued more than gold, compared to Europe. The wily Dutch took Spanish silver to China and converted it into gold.
[5]           This often happens when the “good” occasionally is not homogeneous. In the case of Congressional hearings, most are humdrum. “First come first served” is good enough an allocation device. Then the odd popular hearing comes up – and the “usual” rule fails.
DiploFoundation
0 replies