(I’m childishly proud of this review I did for Amazon.com – enjoy!)

(Jonnie HUGHES (2011): On the origin of tepees. The evolution of ideas (and ourselves. Free Press, New York)

Had one asked, 2,500 years ago, how the idea of a Stetson hat, or of a tepee, had arisen, Plato would have answered sternly that the “idea of the Stetson hat” existed from eternity. From the shadows of their grubby lives loving humans would strive to reach out for it. Aristotle would have chuckled, and countered by pointing to a heap of felt: “look, there is a Stetson hat wanting to come out”. Scratch the impenetrable academic jargon, and you’ll get the same answer from a number of philosophers today.

Or you can do like the author did, and go on a highly entertaining tour of the American Northwest in search of the origins of the hat and the teepee. One ounce of experience is worth a ton of speculation. 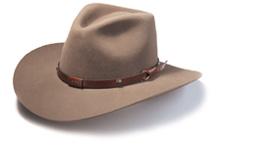 It is evident once you look around: both the Stetson hat and the teepee have evolved. Stetson got the credit for mass-producing what existed already. Ever since the cowboy hat has evolved and changed in accordance to experience and fashion. It will continue to do so.

How does cultural evolution work? For clearly the hat is a cultural construct. This is the next question the author asks. The answer requires a roundabout detour through biological evolution.

Darwin famously said that evolution works by chance variation and selection. This mindless process is unsatisfactory to many. According to this theory we don’t know where we are going. To add insult to injury, time is the only driver. Some scientists remain uneasy with the idea of time in the driver’s seat: it may nod off, or not suffice. Dawkins popularized the idea of the “selfish gene”, madly driven to replicate itself, lest it perish in the struggle for survival (please note the upgrade of Aristotle’s teleology). Life is by-product. The theory of the selfish gene never did catch on in biology, basically because if we have 20’000 genes in our body, and each gene is selfishly striving for replicative supremacy – we would have a phenotypic mess each time. What do they say? The Citroen 2CV (so ungainly that it has become a cult-car) is akin to an elephant designed by a committee.

Evolution in humans is both genetic and cultural. To account for this natural novelty Dawkins then developed the cultural equivalent of the “selfish gene” – the “meme”. Social scientists have been munching on this idea since then. It has not caught on properly either, for the difficulties one encounters with the “selfish gene” just increase: in particular, if the gene is at least “particulate” and has boundaries – it is a “packet” – the meme is not. No boundary – no reproducible meme. You cannot replicate a whisp of cloud.

One regrets that the author, rather than sticking to cultural evolution[1] has raised the “meme” canard. His argumentation is clever, his insights sometimes deep, but the outcome is flawed. He argues a cross between Plato and Aristotle: once it has emerged by chance an “idea” takes on a mad-cap dynamic of its own and drives to survive. What we observe in the Dakotas or Montana is the result of the desperate will of the teepee meme to survive. This feels contrived and hardly plausible.

A better path would have been to dwell more deeply into the process of genetic evolution and apply it to culture. The dogma of “one gene one protein” – a flat and unstructured process – has been replaced by the deeper understanding that the genotype has a structure, with some genes driving others. This pyramidal structure facilitates evolution[2] and yields the appearance of design.

The author touches on the issue of “design space” and complexity. He is right to point to a glaring deficiency in the conventional view of biological evolution. Had he developed it, this part would have become quite original.

On pg. 246 ff the author gives a “drive-by” view of evolution of the mammalian brain. I’d not seen it before, and I regret that he has not sourced it. His insights are a good perch from which better to understand the emergence of our plastic brain. This alone is worth taking the trip with the HUGHES brothers.

History and diplomacyFourth edition of ‘An Introduction to Internet Governance’ in A...
Scroll to top