You are here: Home1 / 125 – On the protean character of diplomacy

125 – On the protean character of diplomacy

“Proteus (Πρωτεύς) is an early sea-god, the god of “elusive sea change,” which suggests the constantly changing nature of the sea or the liquid quality of water in general. (…) He can foretell the future, but will change his shape to avoid having to; he will answer only to someone who is capable of capturing him. “Protean” has positive connotations of flexibility, versatility and adaptability.”[1]

I’ll maintain that in order to remain useful diplomacy had been Protean in the past, and will be even more so in the future. In particular I’ll show here how diplomacy has shed the personal for the institutional, and will have to exchange its vertical structure for nodal function in a multi-layered network. 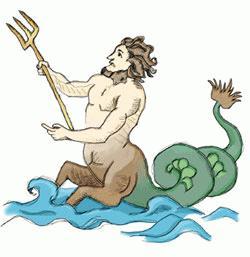 (A vision of Proteus – due to his changeability, images are rare and disappointing)

The deep origins of diplomacy are murky, as all things human. Under the Chinese “tribute system” foreign countries sent emissaries to the Chinese court bearing gifts and getting gifts in return[2]. Gifts were a way of establishing reciprocal bonds[3] – and trust (see my 124).

As part of the deal, the Barbarians were offered “Chinese princesses”: one was dispatched to live on the steppe in return for 50’000 horses. Well, some of the horses were nags, and it is far from certain that the “Princess” was a blue-blooded one, and in any case, with the Emperor having a huge gynaeceum, who knows how “true-blue” she was: is the daughter of a minor concubine still princely?

High-ranking hostages were also proffered to the Yellow Emperor. Brought up at the Emperor’s court, these youngsters were Sinicized before being sent back to rule.

To make matters even more complex, extractive elites were keen to secure legitimacy through religion. Or they saw in the choice of religion a way to enhance their own security against neighboring theocracies. Missionaries travelled between countries, and merchants were, of course, also missionaries[4].

The political, religious, economic and personal were inextricably intertwined; hence open to all sorts of manipulations. In particular, traders were not unknown to masquerade as “emissaries” in order to strike a better deal[5].

On the way to the modern state, autocracies emerged as kings beat coronets. Royal marriages cemented alliances – The Mogul Emperor Jalal-ud-Din Muhammad Akbar’s many wives doubled as diplomatic emissaries from their home provinces. This was recognized, and in the royal palaces of Fatehpur Sikri[6] major “diplomatic wives” had their own building that included their very own architectural influences.

This personal element remained strong – politicians thought that royal family links would contribute to the balance of power in Europe. They were sorely disappointed when “first cousins”, grand-children of Queen Victoria all, failed to prevent WWI.

Vestiges of this long-gone era remain: one only has to read the wording of letters of accreditation, with their intimate tone. Diplomatic etiquette and the connected immunity has fundamental purposes – to reduce uncertainty when two sovereign entities square off against each other – but the associated pomp much reflects the time when ambassadors were personal emissaries (and often cousins) of anointed rulers.

The autocratic and personal roots of diplomatic tradition are enshrined in the fiction that the ambassador is the sole conduit of relations between two sovereign states – the top of a vertical structure to be protected at all costs. The Vienna Convention on Diplomatic Relations enshrines this vision[7] and surrounds Her Excellency with privileges and immunities as a general would protect a fortress. Tongue-in-cheek one might mutter that this is Ptolemaic worldview, or akin to medieval conception of the soul as homunculus somewhere in our brain – Descartes conjectured it resided in the pineal gland. 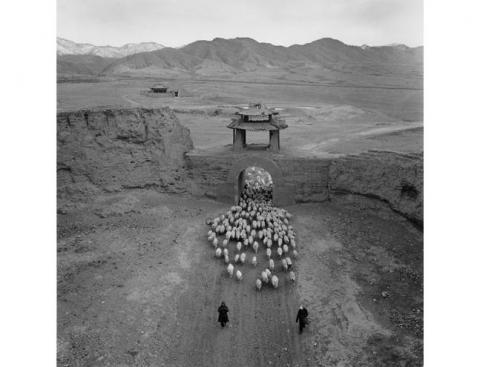 (The “orthodox” view – The embassy as gate between two countries)

The diplomat is under siege – from all sides.

Politicians have taken to practice diplomacy personally. Technical ministries have learned diplomatic manners and now act autonomously on the international stage. To complicate matters ministries are becoming “interdisciplinary” and “outcome-oriented”. Defense nowadays no longer just bombs and forgets, expecting MFA to sweep up the consequent mess. It pacifies and rebuilds, so the military is involved in development (before or after the bombing)[8]. In another vein: my first encounter with the issue of climate change was rooted in US security concerns expressed by DoD (cooling was forecasted then).

An area not covered by the conventional view of diplomacy is the emergence of sub-federal entities as – no longer subordinated – centers of (national and even international) political power. As governments devolve tasks to the regions, efficiency dictates direct contacts. Foreign policy of the center may be partly made by sub-federal entities, as in Germany, where the Länder vote on federal legislation and international agreements.

On should not forget non-state actors, from corporations to INGOs, and including celebrities and what else. Sourcing funds and acting worldwide, they tend to become “a-territorial” (which is not the same thing as “virtual”!), that is they forego a home-base, though they may opportunistically retain attachments on the ground.

Diasporas have massively entered the scene. Like Janus Bifrons they look back – and influence – on policy back home, but they also look forward and influence foreign policy in the country of adoption – one only has to mention the role of AIPAC in the US[9]. As dual nationality increases – consular tasks, from civil matters to voting to assistance in case of catastrophe – take on ever larger – and non-diplomatic – roles.

From vertical structures, with the ambassador as unique entry point or interface between the two mirroring arborescent worlds, the structures of international relations are shifting toward the rhyzomic[10] and diffuse, where interfaces are dissolved in synergies, and demarcated borders – be they territorial or conceptual – no longer obtain.

The personal and individual of yore has yielded to the institutional. This Protean change has already taken place. The next is in the making: rhyzomic structures are emerging, and the embassy has shifted from being the needle’s eye to one where it is a vital node in a multilayered network – a structure that exhibits manifold bypass ways.

Are the ambassador and the embassy obsolete? By no means – but both will have to permanently redefine and prove themselves creatively by the value-added they deliver, rather than rely on institutional borders and barriers for their identity and self-referential justification.

Two challenges confront ambassadors and embassies. On the positive side it is to identify and define their ever-evolving Unique Selling Point. This requires imaginative initiative rather than passive integration in chains of command. On the negative side it has to avoid becoming the “residual actor”, the dumping ground for all humdrum administrative matters that ensue form enhanced international cooperation.

To repeat myself: diplomacy is where there are no rules. The rest is administration.

[7]           Parkinson’s Law predicts that outward symbols of power are inaugurated well past their moment of utmost need. In application of this Law one might argue that this high place of diplomatic relations was established long after its underlying vision had become obsolete.

[10]             “Rhizome” and “rhizomic” is a structure that allows for multiple, non-hierarchical entry and exit points in data representation and interpretation. See: Gilles DELUZE – Felix GUATTARI (1987): A Thousand Plateaus: Capitalism and Schizophrenia. University of Minnesota Press.