I like Malcolm GLADWELL. His book: “The tipping point”[1] introduced me to many aspects of social psychology[2] and created links to other topics like chaos theory and evolution. Never mind that some of his insights have now been challenged[3]: one would expect books in this area to fade quickly.

The muck-raking web-site S.H.A.M.E. has now gone online with a blistering attack on GLADWELL[4], accusing him of being “third-party advocate” for corporate interests of the tobacco industry, and ENRON. It is an “outage” in good form. The article has meanwhile gone viral on the net.

“Third-party advocates”, in the words of PR expert Burson-Marsteller, are very useful:

For the media and the public, the corporation will be one of the least credible sources of information on its own product, environmental and safety risks. Both these audiences will turn to other experts … to get an objective viewpoint.

GLADWELL’s books have been best-sellers, possibly due in part to corporate influence. GLADWELL is now on much in demand at conferences – and richly rewarded for his appearances. So he has done well for himself.

More to the point, he has obtained “mana” (in Maori parlance) and is a figure of authority often quoted by other pundits outside the context of a specific article he may have chosen to publish. His influence is in a sense systemic, or at least iconic.

How should we judge S.H.A.M.E’s disclosure?

At the immediate level the question of conflict-of-interest arises.

In order to become influential a public intellectual needs much conviction, patience, repeated exposure and funding. It cannot be done autonomously. Success results from social effort – and just as in politics full-scope integrity of the individual on the way to success is rare. Few public intellectuals have no skeleton in their closet, or no shameful connections to hide.

Transparency would be a step in the right direction – but such X-raying is not unambiguous in turn.

Does a “statute of limitations” apply? Does it matter in 2013 that GLADWELL’s published an article in 1990 “Not smoking could be hazardous to pension system. Medicare, Social Security may be pinched if anti-tobacco succeeds. Report says.” – referring to a 1987 study by the NBER[5]?

Is one allowed repentance and regrets, and in the end absolution? Is there penance? Repentance does not destroy, though it might diminish somewhat, “mana”. What is repentance worth, if one continues to live off the fruits of prior sin? 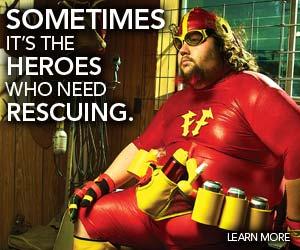 Looking beyond the specifics, however, the issue is one of trust. GLADWELL may not have broken any rules. But from now on I will have to verify his credentials each time now – foregoing trust.

What is the role of trust in society?

Trust holds society together, and every time trust is weakened, the fabric of society is weakened too. Why?

Complex societies rely on division of labor. Division of tasks rests on rule-setting (contract, instructions etc.) plus feedback to replace personal and hands-on experience. We split the “actor” into “principal” and “agent”, (who acts upon instructions and reports faithfully). This process is per force imperfect as compared to the in-mediate experience, but “good enough” in view of the connected advantages.

Such division is feasible only if people may trust others in the social group voluntarily and willingly to act in accordance with previously agreed rules as well as the unspoken intent. Verification, resp. enforcement of compliance with rules makes economic sense only if it remains an exception[6].

Rule setting is always by exception – 99%, I’d say, is implicit. When I bring my car into the garage for fixing, the instruction is – simply put: “fix it”. I do not dwell on the explicit and silent culture that goes into performing the task. I trust the mechanic to apply it all in my best interest, and as the context requires.

We ask for feedback (which is discretionary on the part of the agent, unless we set up networks to obtain cross-information). The “principal” is always the prisoner of the “agent”, and the “agent” always has a different agenda – self-preservation being first on the list. Again, we trust the agent no to betray our trust.

Division of labor, furthermore, critically applies to the future. Trust is most important when it ensures future behavior. We expect contracts to be honored, or property to be safeguarded. Rules should not change arbitrarily or for personal advantage. We depend on previsibility – hence on trust – for making informed choices. Without choices and plans society stagnates.

Like galaxies which hold together because stars are embedded in dark matter, rules hold only when they are embedded in trust – implicitly shared goals, the matrix on which rules rest.     Libertarians, literalists, and “free marketeers” have it all wrong. Beyond social rules there is not the personal realm of autonomy and freedom – there is the realm of social trust embedded in what one would call “silent” culture. Destroy trust and society falls into anarchy and partisan conflict.

Parenthetically I may add that malicious muckrakers may also corrode a society by innuendo.

We can – indeed we must – discuss where to draw the line between rule and trust. Many rules become obsolete or too cumbersome for the well-functioning of society. When we retire rules, however, we must replace it by trust, not discretionary action. If “poetry is what gets lost in translation” (Frost), “trust is what gets lost in rule setting”. Confucius and the Legalists fought it out 2’500 years ago: rules explicit, but not replace trust – they complement it.

I have not coached this argument in moral terms. I don’t need to. The pragmatic argument is sufficient. Indeed, I may wryly argue that morals are a heuristic shortcut for pragmatism… or that pragmatism is morals rationally explained.

[5]           To make matters more confusing: (a) it is not a journalist’s duty to report facts ? The study is a fact. (b) The study is not an obvious fabrication. A wise decision-maker would like to know the implications of any decision, even if it is an obviously “good thing” to save lives from curbing smoking.

[6]          Often verification is impossible, as when the context changes rapidly: one can no longer reconstruct it. Traceability and verification come at a heavy cost. And in the end any non-trivial experience is transformative, so there is anachronism going over the past in any case.